Established in 1919 by Hollywood's top talent United Artists has had an illustrious history, from Hollywood minor to industry leader to a second-tier media company in the shadow of MGM. This edited collection brings together leading film historians to examine key aspects of United Artists' centennial history from its origins to the sometimes chaotic developments of the last four decades. The focus is on several key executives - ranging from Joseph Schenck to Paula Wagner and Tom Cruise - and on many of the people making films for United Artists, including Gloria Swanson, David O. Selznick, Kirk Douglas, the Mirisch brothers and Woody Allen. Drawing on a wide range of primary sources, individual case studies explore the mutually supportive but also in places highly contentious relationships between United Artists and its producers, the difficult balance between artistic and commercial objectives, and the resulting hits and misses (among them The General, the Pink Panther franchise, Heaven's Gate, Cruising, and Hot Tub Time Machine). The second volume in the Routledge Hollywood Centenary series, United Artists is a fascinating and comprehensive study of the firm's history and legacy, perfect for students and researchers of cinema and film history, media industries, and Hollywood. 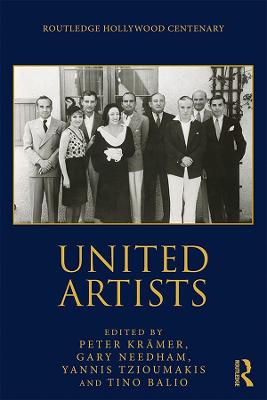 » Have you read this book? We'd like to know what you think about it - write a review about United Artists book by Peter Kramer and you'll earn 50c in Boomerang Bucks loyalty dollars (you must be a Boomerang Books Account Holder - it's free to sign up and there are great benefits!)


A Preview for this title is currently not available.
More Books By Peter Kramer
View All