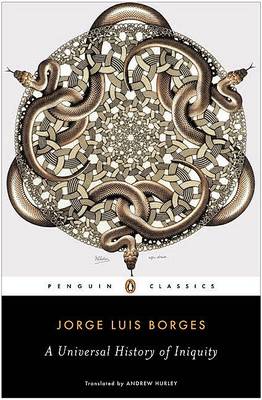 Borges reveals his delight in sharing colorful stories from the Orient, the Islamic world, and the Wild West, as well as his horrified fascination with knife fights, political and personal betrayal, and bloodthirsty revenge.

Other Editions - Universal History of Iniquity by Jorge Luis Borges 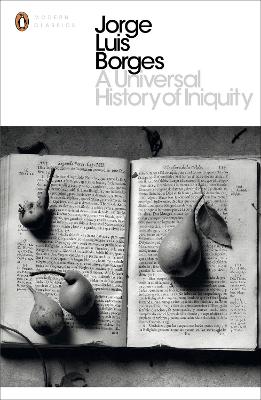 » Have you read this book? We'd like to know what you think about it - write a review about Universal History of Iniquity book by Jorge Luis Borges and you'll earn 50c in Boomerang Bucks loyalty dollars (you must be a Boomerang Books Account Holder - it's free to sign up and there are great benefits!)

Jorges Luis Borges was born in Buenos Aires in 1899 and educated in Europe. One of the most widely acclaimed writers of our time, he published many collections of poems, essays and short stories, before his death in Geneva in June 1986. In 1961 Borges shared the International Publishers' Prize with Samuel Beckett. The Ingram Merrill Foundation granted him its Annual Literary Award in 1966 for his "outstanding contribution to literature." In 1971 Columbia University awarded him the first of many degrees of Doctor of Letters, honoris causa that he was to receive from the English-speaking world. In 1971 he received the fifth biennial Jerusalem Prize and in 1973 was given the Alfonso Reyes Prize, one of Mexico's most prestigious cultural awards. In 1980 he shared the Cervantes Prize (the Spanish world's highest literary accolade) with Gerardo Diego. Borges was Director of the Argentine National Library from 1955 until 1973. In a tribute to Borges, Mario Vargas Llosa wrote: "His is a world of clear, pure, and at the same time unusual ideas...expressed in words of great directness and restraint. [He] was a superb storyteller. One reads most of Borges' tales with the hypnotic interest usually reserved for reading detective fiction..." Andrew Hurley is a translator of numerous works of literature, criticism, history, and memoir. He is professor emeritus at the University of Puerto Rico.