The Unlikely Pilgrimage Of Harold Fry

Description - The Unlikely Pilgrimage Of Harold Fry by Rachel Joyce

The critically acclaimed, Sunday Times and international bestseller, long-listed for the Man Booker Prize 2012- 'A magical, moving and uplifting tale about a man's journey across England and into his own heart.' - Deborah Moggach.
Rachel Joyce is the Specsavers National Book Awards New Writer of the Year 2012.
'Impossible to put down' TIMES
'Life-affirming delight. A comic pleasure' WOMAN AND HOME
'Profoundly moving' RICHARD MADELEY

When Harold Fry nips out one morning to post a letter, leaving his wife hoovering upstairs, he has no idea that he is about to walk from one end of the country to the other.

He has no hiking boots or map, let alone a compass, waterproof or mobile phone. All he knows is that he must keep walking. To save someone else's life.

Harold Fry is the most ordinary of men. He just might be a hero for us all.

'A funny book, a wise book, a charming book . . . Harold Fry is just wonderful ... I love this book' ERICA WAGNER, THE TIMES

'The odyssey of a simple man, original, subtle and touching' CLAIRE TOMALIN

'One of the sweetest, most delicately-written stories I've read in a long time. One man's walk along the length of England to save the life of a dying woman . . . Philosophical, intriguing, and profoundly moving' RICHARD MADELEY

'Full of heart, laced through with wry wit. I loved Harold and Maureen and their separate journeys . . . A celebration of being alive, being human. Beautiful!' NIAMH CUSACK

'Tender and funny, The Unlikely Pilgrimage of Harold Fry shows that even our frailties can be uplifting and redemptive' EDWARD STOURTON

Other Editions - The Unlikely Pilgrimage Of Harold Fry by Rachel Joyce 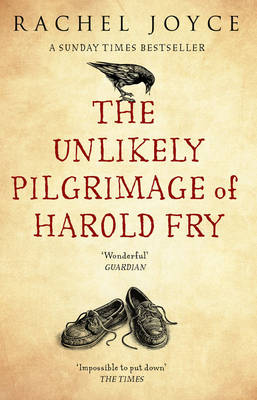 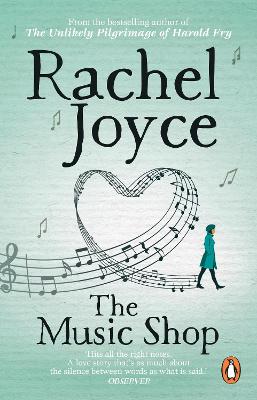 » Have you read this book? We'd like to know what you think about it - write a review about Unlikely Pilgrimage Of Harold Fry book by Rachel Joyce and you'll earn 50c in Boomerang Bucks loyalty dollars (you must be a Boomerang Books Account Holder - it's free to sign up and there are great benefits!)

“Beyond the window, the sky was a fragile blue, almost breakable, flecked with wisps of cloud, and the treetops were bathed in warm, golden light. Their branches swung in the breeze, beckoning him forward.” The Unlikely Pilgrimage of Harold Fry is the first novel by actress, radio playwright and author, Rachel Joyce. Queenie Hennessy has terminal cancer. With nothing further to be done, she sends a letter from St Bernadine’s Hospice in Berwick-upon-Tweed to let Harold Fry, her one-time colleague in Devon, know. Harold, an ordinary man who has always tried hard to be unobtrusive, writes a reply, but on reflection, during his walk to the post-box, deems this insufficient. Wearing yachting shoes, and without telling Maureen, his wife of forty-seven years, he sets off to walk to Berwick-upon-Tweed, a distance of more than five hundred miles, convinced that he can save Queenie by faith alone. Along the way, he encounters the cross-section of society, and is heartened by the kindness of strangers. But he also encounters his own thoughts, fears and regrets. He finds he is no longer able to stop the memories tumbling out of his brain: memories of parents unable to show love, his anxieties with his own son, David, and the events that derailed his marriage (“In walking, he unleashed the past that he had spent twenty years seeking to avoid, and now it chattered and played through his head with a wild energy that was its own.”). In his absence, Maureen, too, is plagued by doubts and misgivings. Queenie’s letter, it seems, has become a catalyst for change. As the story progresses, the reader becomes increasingly intrigued as to why, twenty years ago, relations between Harold and Maureen distinctly cooled, Queenie left Devon without saying goodbye and Harold has not seen his son since. Joyce’s characters are appealing and multi-dimensional: Harold is immediately likeable despite his many flaws; Maureen starts off stereotypical but reveals hidden depths. Joyce treats the reader to a wealth of beautiful descriptive prose: “…the day fought against night and light seeped into the horizon, so pale it was without colour. Birds burst into song as the distance began to emerge and the day grew more confident; the sky moved through grey, cream, peach, indigo, and into blue. A soft tongue of mist crept the length of the valley floor so that the hilltops and houses seemed to rise out of cloud. Already the moon was a wispy thing” and “Harold lay in his bed, his body so taut with listening he felt that he was more silence than boy” are but two examples. Similarly, she evokes feelings and mood with wonderful skill: “But sometimes he was afraid that having one son was too much to bear. He wondered if the pain of loving became diluted, the more you had?” and “He felt dulled with such apathy it was like being at the brewery again in the years following Queenie’s departure; like being an empty space inside a suit, that said words sometimes and heard them, that got in a car every day and returned home, but was no longer connected up to other people.” Her description of Maureen’s rearrangement of the wardrobe conveys a poignancy that leaves a lump in the throat. Joyce gives the reader a novel filled with humour and heartache, wit and wisdom. The illustrations by Andrew Davidson at the start of each chapter are charming and the map by John Taylor is a helpful addition. This novel is moving, heart-warming and quite uplifting and readers will look forward to the companion volume, The Love Song of Miss Queenie Hennessy.

Rachel Joyce is the author of the Sunday Times and international bestsellers The Unlikely Pilgrimage of Harold Fry and Perfect. The Unlikely Pilgrimage of Harold Fry was shortlisted for the Commonwealth Book Prize and longlisted for the Man Booker Prize and has been translated into 34 languages. Rachel Joyce was awarded the Specsavers National Book Awards 'New Writer of the Year' in December 2012. She is also the author of the digital short story, A Faraway Smell of Lemon and is the award-winning writer of over 30 original afternoon plays and classic adaptations for BBC Radio 4. Rachel Joyce lives with her family in Gloucestershire.

Miss Benson's Beetle: An uplifting story of female friendship against the odds
$32.75 $38.99