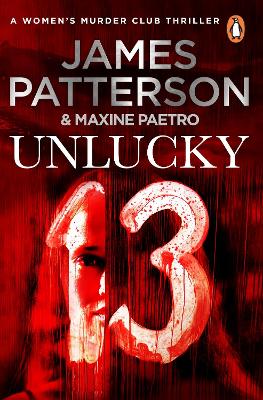 The thirteenth novel in the bestselling Women's Murder Club series

DID YOU MISS ME?

When two dead bodies are found inside a wrecked car on the Golden Gate Bridge, Detective Lindsay Boxer knows it's no accident.

As she investigates, disturbing news reaches her ears- a former police colleague, now unmasked as a ruthless murderer, is back in San Francisco after escaping custody, bent on paying a visit to some old friends...

Other Editions - Unlucky 13 by James Patterson 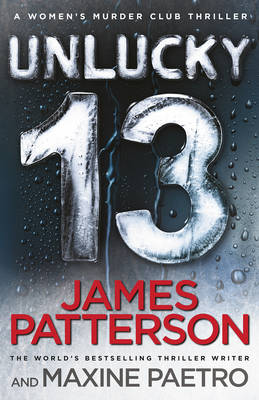 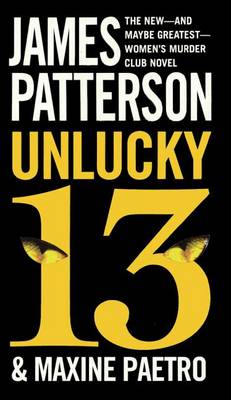 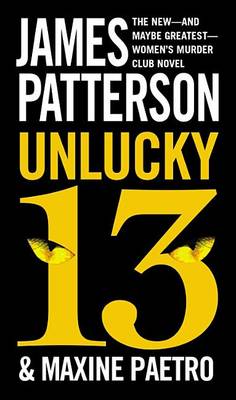 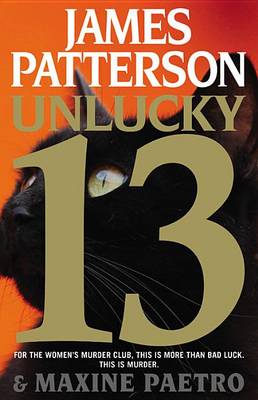 » Have you read this book? We'd like to know what you think about it - write a review about Unlucky 13 book by James Patterson and you'll earn 50c in Boomerang Bucks loyalty dollars (you must be a Boomerang Books Account Holder - it's free to sign up and there are great benefits!)

Unlucky Thirteen is the thirteenth book in the popular Women’s Murder Club series by American author, James Patterson. When Claire Washburn summons Lindsay Boxer and Rich Conklin to a traffic accident on The Bridge, it quickly becomes apparent that this is much more. The explosion that caused the accident turns out to be from two belly bombs, ingested by two innocent motorists shortly before. The FBI decides to get involved, much to the SFPD’s disgust.

Meanwhile, Chronicle journalist, Cindy Thomas, gets a lead on what she believes will be the story that makes her career: Lindsay lets slip to her that Mackie Morales, the deranged killer posing as a police intern just months earlier (see Twelfth of Never), has been caught on camera recently. Cindy is determined to track her down to get an exclusive interview. And Yuki Castellano drops the bombshell that she and Jackson Brady (Lindsay’s boss), are getting married, pronto!

The Women’s Murder Club as such doesn’t get a lot of action in this book. Claire remains very much in the background after the first crime scene. Yuki is busy being a cruise-ship honeymooner with new hubby, Jackson while Cindy and Lindsay are each concentrating separately on their own cases. As for the action on the cruise ship, that seems to be pretty much the Jackson Brady show with Yuki showing a bit of her mettle at the end.

Cindy shows her smarts in this instalment: she’s so clever, in fact, that she figures out stuff the FBI and the SFPD with all their resources haven’t been able to. She’s like a dog with a bone when it comes to Mackie Morales. Lindsay’s case is not conclusively resolved, but she and Rich are convinced they have the guilty in custody. There is plenty of action and excitement: Patterson’s trademark short chapters and a few heart-thumping climaxes make this instalment another page-turner. 3.5stars

JAMES PATTERSON is one of the best-known and biggest-selling writers of all time. Since winning the Edgar Award for Best First Novel with The Thomas Berryman Number, his books have sold in excess of 300 million copies worldwide and he has been the most borrowed author in UK libraries for the past eight years in a row. He is the author of some of the most popular series of the past two decades the Alex Cross, Women s Murder Club, Detective Michael Bennett and Private novels and he has written many other number one bestsellers including romance novels and stand-alone thrillers. He lives in Florida with his wife and son. James is passionate about encouraging children to read. Inspired by his own son who was a reluctant reader, he also writes a range of books specifically for young readers. James is a founding partner of Booktrust s Children s Reading Fund in the UK.