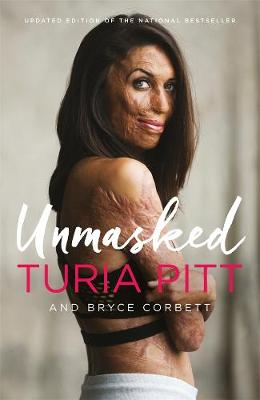 In 2011 Turia Pitt made headlines for having barely survived a terrible bushfire in the desert. She is now one of the most inspirational women in Australia.

Whether via the numerous media reports, 60 Minutes specials, Women's Weekly cover stories or her first book, Everything To Live For, we know about the why, how and what of that fateful day in September 2011. We know how she died four times on the operating table and her tortuous road to recovery. We've had a glimpse of the love of her fiance, Michael, that sustained her, and seen hints of the inner-strength that has made her one of the most admired women in the country. But until now, the true essence of this most remarkable Australian, plus the toll her accident has all taken on her and those around her, have remained a mystery.

How and why does she push herself to ever greater physical and mental limits? What does she see when she looks in the mirror? How does her sudden celebrity (for the most unorthodox of reasons) sit with her? What lessons has she learned in the past five years? And how can each and every one of us take those lessons and apply them to our own lives?

Since the first edition of Unmasked, in which Turia describes a never-ending series of impressive physical feats, including climbing the Great Wall of China, walking the Kokoda Track and competing in not one but two Ironman competitions, she and Michael have had a little boy, Hakavai. In this second edition, in three new chapters Turia also narrates her pregnancy and the joy of having a child.

Unmasked reveals the woman behind the headlines, and in so doing, uncover the grace, humour and inner-steel that gets Turia Pitt through every day - and which leaves the rest of us watching on in amazement.

Other Editions - Unmasked by Turia Pitt 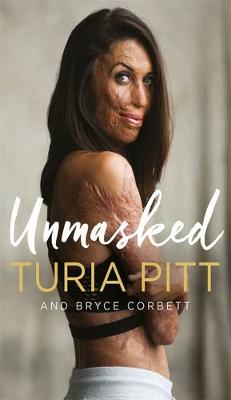 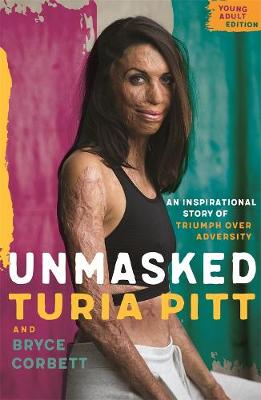 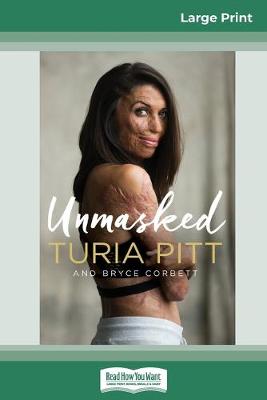 » Have you read this book? We'd like to know what you think about it - write a review about Unmasked book by Turia Pitt and you'll earn 50c in Boomerang Bucks loyalty dollars (you must be a Boomerang Books Account Holder - it's free to sign up and there are great benefits!)

Turia Pitt has a double degree in Mining Engineering and Science. She worked as a model before landing her dream job with Rio Tinto at their prestigious Argyle Diamond Mine and moving to Kununurra with her partner, Michael. Their lives were turned upside-down when she was trapped by a grassfire in a 100 kilometre ultra-marathon in September 2011, and suffered burns to 65 per cent of her body. Turia lives in her hometown of Ulladulla. She is studying for her Masters and travels the world giving inspirational speeches. She is a well-recognised humanitarian, dedicating her time to causes she is passionate about. Interplast is one such cause - a charity that provides free reconstructive surgery to people in developing countries. Turia was named the NSW Premier's Woman of the Year and was a finalist for Young Australian of the Year. She also graced the cover of the Australian Women's Weekly and is a judge for the Australian Woman of the Future Fund.