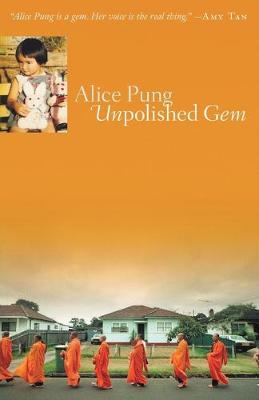 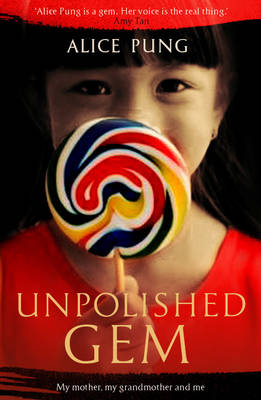 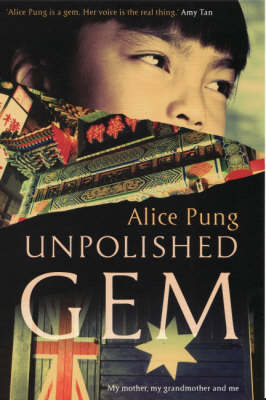 » Have you read this book? We'd like to know what you think about it - write a review about Unpolished Gem book by Alice Pung and you'll earn 50c in Boomerang Bucks loyalty dollars (you must be a Boomerang Books Account Holder - it's free to sign up and there are great benefits!)

After hearing Alice Pung speak at a Youth Summit, I (and many other attendees!) rushed to read her memoire. In it, she tells her family's story of rebuilding their lives in Australia after escaping Pol Pott's regime in Cambodia.

This is a touching and thoughtful book, describing an Australia which may be both familiar and unfamiliar to many readers. At times she reinforces stereotypes and at others challenges them - it is all very cleverly done and her writing is very, very evocative. It is impossible not to be drawn into this story and gain some understanding of the complexity of what it means to be "Australian".

Alice Pung is a writer, editor, teacher and lawyer based in Melbourne. Born a month after her Chinese parents fled from Cambodia to Australia as asylum seekers from Pol Pot's Khmer Rouge Regime, Alice has used her shared family's experiences to write stories that captivate all readers. She has won numerous awards including the 2007 Newcomer of the Year Award in the Australia Book Industry Awards for her first book Unpolished Gem. Her next book Her Father's Daughter won the Western Australia Premier's Book Award for Non Fiction, and it was also shortlisted for the Premier's Literary Awards in Victoria and New South Wales, and nominated also in the Queensland Literary Awards. Laurinda, Alice's first novel, was published in 2014 and was one of Readings' Top 100 bestselling books for the year. She is writing four books around the character Marly for Penguin's Our Australian Girl series. Alice's writing has appeared in many notable publications including the Monthly, the Age, Meanjin, Best Australian Stories and Best Australian Essays. Alice edited Growing Up Asian in Australia, a collection of personal accounts, essays, short stories and poetry which is currently a set text for the VCE English context on Identity and Belonging. Alice lives with her husband at Janet Clarke Hall