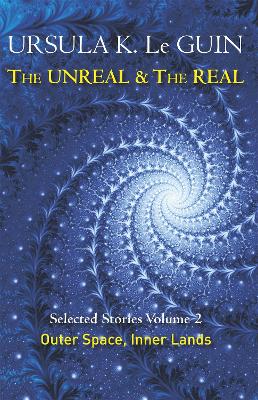 The Unreal and the Real Volume 2

Description - The Unreal and the Real Volume 2 by Ursula K. Le Guin

THE UNREAL AND THE REAL is a two-volume collection of stories, selected by Ursula Le Guin herself, and spans the spectrum of fiction from realism through magical realism, satire, science fiction, surrealism and fantasy.Volume Two, OUTER SPACE, INNER LANDS, showcases Le Guin's acclaimed stories of the fantastic, originally appearing in publications as varied as Amazing Stories, Playboy, the New Yorker and Omni, and contains 20 stories, including modern classics such as the HUGO AWARD-winning THE ONES WHO WALK AWAY FROM OMELAS, NEBULA-nominee NINE LIVES; JAMES TIPTREE, JR MEMORIAL AWARD-winner (and HUGO and NEBULA-nominee) THE MATTER OF SEGGRI; NEBULA AWARD-winner SOLITUDE; and the secret history SUR, which was nominated for the HUGO AWARD and included in THE BEST AMERICAN SHORT STORIES.

Other Editions - The Unreal and the Real Volume 2 by Ursula K. Le Guin 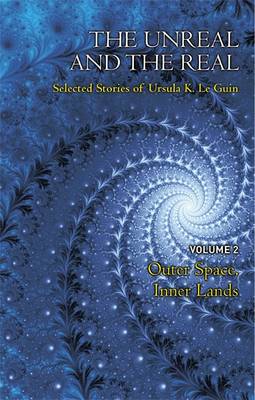 Book Reviews - The Unreal and the Real Volume 2 by Ursula K. Le Guin

» Have you read this book? We'd like to know what you think about it - write a review about Unreal and the Real Volume 2 book by Ursula K. Le Guin and you'll earn 50c in Boomerang Bucks loyalty dollars (you must be a Boomerang Books Account Holder - it's free to sign up and there are great benefits!)

Ursula K. Le Guin is one of the finest writers of our time. Her books have attracted millions of devoted readers and won many awards, including the National Book Award, the Hugo and Nebula Awards and a Newbery Honor. Among her novels, The Left Hand of Darkness, The Dispossessed and the six books of Earthsea have attained undisputed classic status; and her recent series, the Annals of the Western Shore, has won her the PEN Center USA Children's literature award and the Nebula Award for best novel. In 2014 Ursula Le Guin was awarded the National Book Foundation Medal for Distinguished Contribution to American Letters. She lives in Portland, Oregon.Read more at http://sf-encyclopedia.com/entry/le_guin_ursula_k