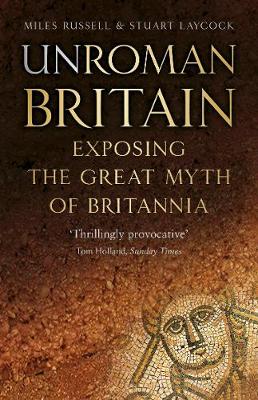 Roman Britain is usually thought of as a land full of togas, towns and baths with Britons happily going about their Roman lives under the benign gaze of Rome. This is, to a great extent, a myth that developed after Roman control of Britain came to an end, in particular when the British Empire was at its height in the late nineteenth and early twentieth centuries. In fact, Britain was one of the least enthusiastic elements of the Roman Empire. Many failed to acknowledge the Roman lifestyle at all, while many others were only outwardly Romanised, clinging to their own identities under the occupation. Even the Roman army in Britain became chronically rebellious and a source of instability that ultimately affected the whole Empire. As Roman power weakened, the Britons abandoned both Rome and almost all Roman culture, and the island became a land of warring kingdoms, as it had been before. AUTHORS: Dr Miles Russell is a senior lecturer in archaeology at Bournemouth University. His earlier book, Piltdown Man: The Secret Life of Charles Dawson, was nominated for the British Archaeological Book Award 2004. Stuart Laycock is a historian and writer. His earlier book, Britannia: The Failed State, was nominated for Current Archaeology Book of the Year 2009. He has also written All the Countries We Ever Invaded for The History Press. 70 b/w illustrations 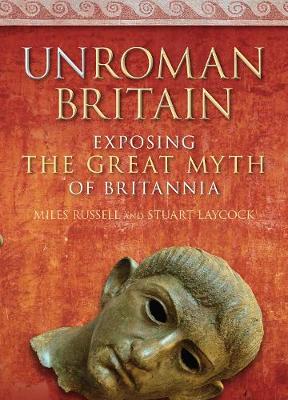 » Have you read this book? We'd like to know what you think about it - write a review about UnRoman Britain: Exposing the Great Myth of Britannia book by Dr Miles Russell and you'll earn 50c in Boomerang Bucks loyalty dollars (you must be a Boomerang Books Account Holder - it's free to sign up and there are great benefits!)


A Preview for this title is currently not available.
More Books By Dr Miles Russell
View All