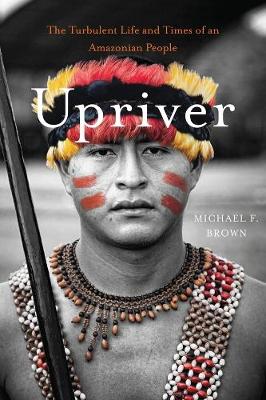 The Turbulent Life and Times of an Amazonian People

In this remarkable story of one man's encounter with an indigenous people of Peru, Michael Brown guides his readers upriver into a contested zone of the Amazonian frontier, where more than 50,000 Awaj??n?renowned for their pugnacity and fierce independence?remain determined, against long odds, to live life on their own terms.

When Brown took up residence with the Awaj??n in 1976, he knew little about them other than their ancestors' reputation as fearsome headhunters. The fledgling anthropologist was immediately impressed by his hosts' vivacity and resourcefulness. But eventually his investigations led him into darker corners of a world where murderous vendettas, fear of sorcery, and a shocking incidence of suicide were still common. Peru's Shining Path insurgency in the 1980s forced Brown to refocus his work elsewhere. Revisiting his field notes decades later, now with an older man's understanding of life's fragility, Brown saw a different story: a tribal society trying, and sometimes failing, to maintain order in the face of an expanding capitalist frontier. Curious about how the Awaj??n were faring, Brown returned to the site in 2012, where he found a people whose combative self-confidence had led them to the forefront of South America's struggle for indigenous rights.

Written with insight, sensitivity, and humor, Upriver paints a vivid picture of a rapidly growing population that is refashioning its warrior tradition for the twenty-first century. Embracing literacy and digital technology, the Awaj??n are using hard-won political savvy to defend their rainforest home and right of self-determination.

» Have you read this book? We'd like to know what you think about it - write a review about Upriver book by Michael F. Brown and you'll earn 50c in Boomerang Bucks loyalty dollars (you must be a Boomerang Books Account Holder - it's free to sign up and there are great benefits!)


A Preview for this title is currently not available.
More Books By Michael F. Brown
View All