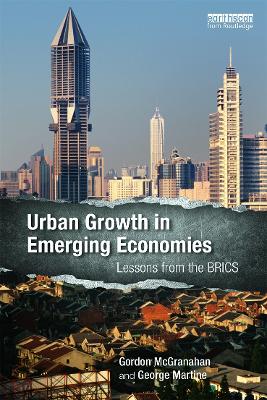 Lessons from the BRICS

Along with globalization, urban transitions have been central in the southward shift in economic power towards the newly emerging economies. As this book shows, however, these transitions have not been painless, and it is important for the rest of the urbanizing world to learn from the mistakes. It examines the role of urbanization and urban growth in the emerging economies, taking the BRICS countries (Brazil, Russia, India, China and South Africa) as case studies. Their different approaches towards urbanization have shaped their historical development paths and assisted or constrained their futures. Several of the BRICS bear heavy burdens from past failures to accommodate urban growth inclusively and efficiently, and many other urbanizing countries in Asia and Africa are in danger of replicating their mistakes. The overriding lesson of the book is that cities and nations must anticipate urbanization, and accommodate urban growth pro-actively, so as not to be left with an enduring legacy of inequalities and lost opportunities.

This book is aimed at students and researchers in urban studies and development studies. It will also be of interest to policy advisors concerned with urbanization and the role of cities in a country's development

Other Editions - Urban Growth in Emerging Economies by Gordon McGranahan 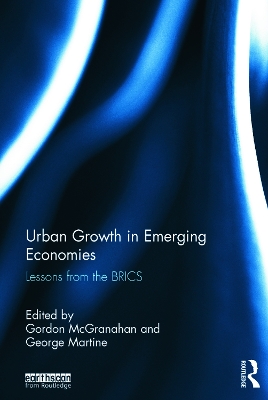 » Have you read this book? We'd like to know what you think about it - write a review about Urban Growth in Emerging Economies book by Gordon McGranahan and you'll earn 50c in Boomerang Bucks loyalty dollars (you must be a Boomerang Books Account Holder - it's free to sign up and there are great benefits!)

Gordon McGranahan is Principal Researcher and Co-Head of the Human Settlements Group, International Institute for Environment and Development (IIED), UK. George Martine is Technical Director of Dhemos Consulting. He previously served as President of the Brazilian Population Association, Director of UNFPA's Country Support Team for Latin America, and was Senior Fellow at Harvard University's Center for Population and Development.

A Preview for this title is currently not available.
More Books By Gordon McGranahan
View All