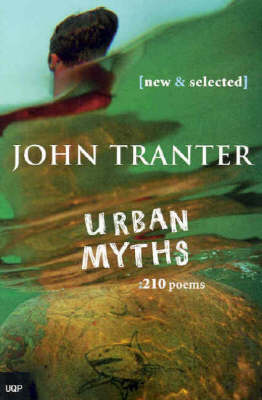 Urban Myths- 210 Poems brings the best work to date from a poet considered one of the most original of his generation in Australia, together with a generous selection of new work. Smart, wry and very stylish, John Tranter s poems investigate the vagaries of perception and the ability of language to converge life, imagination and art so that we arrive, unexpectedly, at the deepest human mysteries.

» Have you read this book? We'd like to know what you think about it - write a review about Urban Myths: 210 Poems book by John Tranter and you'll earn 50c in Boomerang Bucks loyalty dollars (you must be a Boomerang Books Account Holder - it's free to sign up and there are great benefits!)

John Tranter was born in Cooma in 1943. He attended country schools and took his Bachelor of Arts in 1970 after attending university sporadically. He has published eight volumes of poetry and edited the controversial anthology The New Australian Poetry which featured some of the more experimental work of his own generation. During 1987 and 1988 he was in charge of the ABC Radio National arts program Radio Helicon. He lived for some years in Singapore and London and now lives in Sydney.

A Preview for this title is currently not available.
More Books By John Tranter
View All