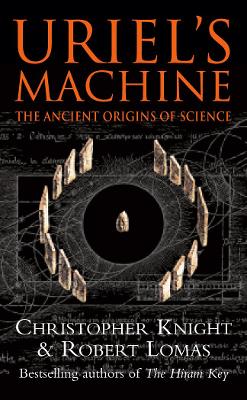 Reconstructing the Disaster Behind Human History

New geological evidence shows that in 7640 BC Earth was hit by seven comet fragments causing gigantic tidal waves. Is this the reality behind the worldwide myths of the flood? In China a cave has recently been excavated containing the remains of animals and men from around the world. Was this an `ark' designed to survive a flood? According to Masonic tradition the Biblical character called Enoch constructed a machine that predicts the movements of the sun and moon and gives early warning of comets on an Earth collision course. The authors show that the ancient Book of Enoch, rediscovered in the eighteenth century describes how this machine should be constructed, and how Enoch's secret technology has been preserved since ancient times in Freemasonic lore. » Have you read this book? We'd like to know what you think about it - write a review about Uriel's Machine book by Christopher Knight and you'll earn 50c in Boomerang Bucks loyalty dollars (you must be a Boomerang Books Account Holder - it's free to sign up and there are great benefits!)