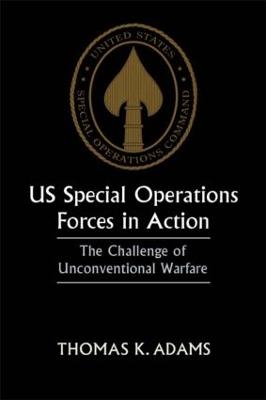 US Special Operations Forces in Action

The Challenge of Unconventional Warfare

Modern armies are planned and structured to fight massive World War II-type operations involving the large-scale movements of tanks and machinery across continents. In fact they are rarely called upon to participate in such conflicts. It is far more common for them to find themselves involved in lower-level, ill-defined, politically charged, messy situations known collectively as "unconventional warfare", typified by the 1990s conflicts in Somalia, Haiti, Rwanda, El Salvador and Nicaragua. Thomas Adams argues that, for the most part, the conventional war-fighting forces of the USA are not the best military forces to deal with such situations, where there is a lack of a clearly-defined enemy and a need for persuasion, negotiation and even community leadership alongside elements who are willing to resort to deadly force. The appropriate components of the US miltary to deal with this, in his view, are the Special Operations Forces (SOF). He discusses the composition of the SOF and their varying roles, discussing their evoluation, strengths and weaknesses, and gives a history of US involvement in non-conventional warfare from the American revolution to the 1990s.
He argues that the US Department of Defense still sees military conflict in the form of conventional warfare, with its emphasis on high-technology combat. The very existence of high-technology systems, however, makes conventional warfare less likely, with the result that the US Army may become vulnerable to "low-tech" offensives, and already there has been an increase in "unconventional" conflicts since the demise of the Soviet Union. Adams proposes a change in strategic thinking together with investment in training and a usable military doctrine to guide develoment. A shift in expectations is required, with a greater willingness to accept lengthy commitments and incremental progress.

Other Editions - US Special Operations Forces in Action by Thomas K. Adams 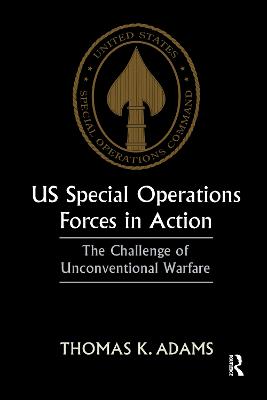 » Have you read this book? We'd like to know what you think about it - write a review about US Special Operations Forces in Action book by Thomas K. Adams and you'll earn 50c in Boomerang Bucks loyalty dollars (you must be a Boomerang Books Account Holder - it's free to sign up and there are great benefits!)


A Preview for this title is currently not available.
More Books By Thomas K. Adams
View All