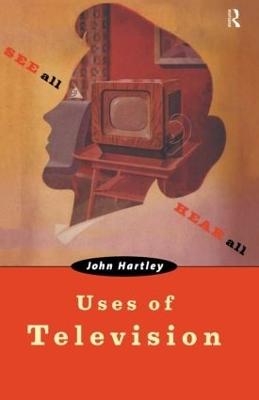 Taking inspiration from Richard Hoggart's classic The Uses of Literacy , John Hartley considers the usefulness of both television and television studies. He re-reads the history of broadcast TV's earliest moments, tracing the critical reception television has received from the 1930s to the present. Uses of Television asks 'improper questions' about what television, and TV Studies too, have been for: about the effect of the vast, unknowable audience on television; about the role of television in promoting 'cultural citizenship' by means of 'transmodern teaching'; and about the effects of knowledge produced in the formal study of television. Via a consideration of neglected aspects of media and domestic history, from the 1930s film Housing Problems to Clarissa Explains It All , from the fridge to Umberto Eco's daughter, Hartley argues that this much-maligned medium can be reassessed in a more positive light. 'Democratainment' and 'do-it-yourself citizenship' are the latest manifestations of a civic and cultural education that TV performs even as it entertains.

Other Editions - Uses of Television by John Hartley 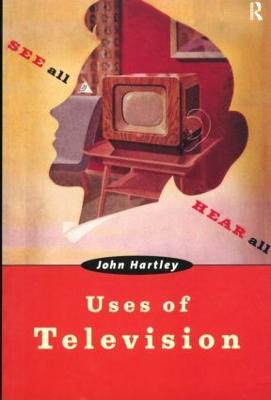 » Have you read this book? We'd like to know what you think about it - write a review about Uses of Television book by John Hartley and you'll earn 50c in Boomerang Bucks loyalty dollars (you must be a Boomerang Books Account Holder - it's free to sign up and there are great benefits!)


A Preview for this title is currently not available.
More Books By John Hartley
View All