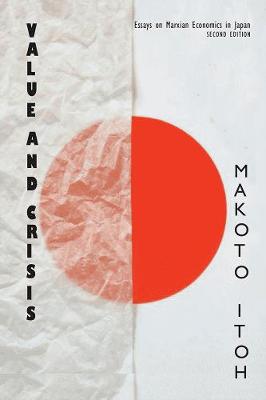 Value and Crisis: Essays on Marxian Economics in Japan

Description - Value and Crisis: Essays on Marxian Economics in Japan by Makoto Itoh

Marxist economic thought has had a long and distinguished history in Japan, dating back to the First World War. When interest in Marxist theory was virtually nonexistent in the United States, rival schools of thought in Japan emerged, and brilliant debates took place on Marx's Capital and on capitalism as it was developing in Japan. Forty years ago, Makoto Itoh's Value and Crisis began to chronicle these Japanese contributions to Marxist theory, discussing in particular views on Marx's theories of value and crisis, and problems of Marx's theory of market value. Now, in a second edition of his book, Itoh deepens his study Marx's theories of value and crisis, as an essential reference point from which to analyze the multiple crises that have arisen during the past four decades of neoliberalism.
One contribution of the original Value and Crisis was to bridge Japan and the world in the field of Marxian political economy. Itoh's second edition demonstrates an even wider-ranging familiarity with major schools of Marxist thought, summarizing and assessing viewpoints of such theorists as Hilferding, Bauer, Kautsky, Bukharin, Luxemburg, Grossman, Sweezy, the Japanese Marxist Kozo Uno, together with the relevant parts of Capital and a section on the 1930's Great Depression. Given today's current emergencies of world capitalism and socialism, says Itoh, we need to work together to resolve new global problems, articulating new issues of Marx's theories of value and crisis. The promise of Marx's theories has not waned. If anything - given the failure of Soviet-style socialism and the catastrophe of neoliberalism - it grows daily.

Other Editions - Value and Crisis: Essays on Marxian Economics in Japan by Makoto Itoh 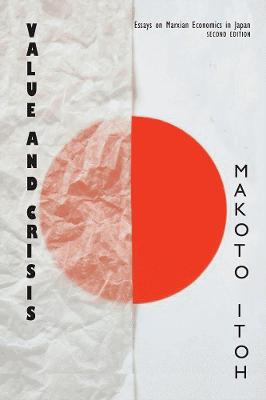 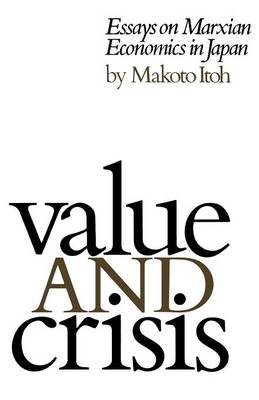 » Have you read this book? We'd like to know what you think about it - write a review about Value and Crisis: Essays on Marxian Economics in Japan book by Makoto Itoh and you'll earn 50c in Boomerang Bucks loyalty dollars (you must be a Boomerang Books Account Holder - it's free to sign up and there are great benefits!)


A Preview for this title is currently not available.
More Books By Makoto Itoh
View All