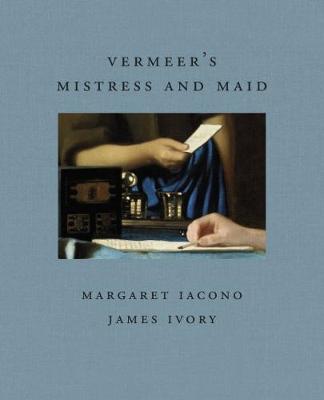 The subject of writing and receiving letters, which recurs frequently in the work of Johannes Vermeer (1632 1675), is given dramatic tension in this masterful painting of two women in a mysterious moment of crisis. The artist seldom, if ever, surpassed the subtly varied effects of light seen here as it gleams from the pearl jewellery, sparkles from the glass and silver objects on the table, and falls softly over the figures in their shadowy setting. Each book in the Frick Diptych series illuminates a single work in the Frick's rich collection with an essay by a Frick curator paired with a contribution from a contemporary artist or writer. AUTHORS: James Francis Ivory (born June 7, 1928) is an American film director. Films produced by his company Merchant Ivory Productions (producer Ismail Merchant and script writer Ruth Prawer Jhabvalar) won six Academy Awards. Margaret Iacono is associate research curator at The Frick Collection. Her areas of interest include northern European painting of the fifteenth to seventeenth centuries and the history of collecting. Most recently she organised Vermeer, Rembrandt, and Hals: Masterpieces of Dutch Painting from the Mauritshuis (2014), and also served as the Frick coordinator for The Frick Collection: Art Treasures in New York, held at the Mauritshuis, The Hague (2015). SELLING POINTS: A beautiful book which will be a useful reference for all those interested in Vermeer, and a perfect gift Second volume in the major Frick Diptych series, which provides fresh insights into some of the Frick's best known master works 28 colour images

» Have you read this book? We'd like to know what you think about it - write a review about Vermeer's Mistress and Maid book by James Ivory and you'll earn 50c in Boomerang Bucks loyalty dollars (you must be a Boomerang Books Account Holder - it's free to sign up and there are great benefits!)


A Preview for this title is currently not available.
More Books By James Ivory
View All