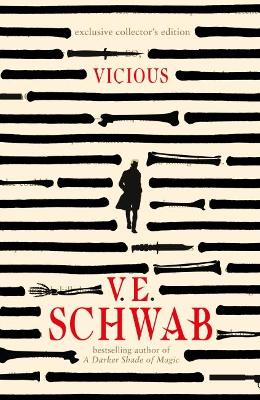 Victor and Eli started out as college roommates-brilliant, arrogant, lonely boys who recognized the same sharpness and ambition in one another. A shared research interest in adrenaline, near-death-experiences, and seemingly supernatural events reveals an intriguing possibility: that under the right conditions, someone could develop extraordinary abilities. But when their thesis moves from the academic to the experimental, things go horribly wrong. They become EOs, ExtraOrdinaries, leaving a body in their wake and turning on each other.

Ten years later Victor has escaped from prison and is determined to get his revenge on the man who put him there, aided by a young girl with the ability to raise the dead. Eli has spent the years hunting down and killing every EO he can find, convinced that they are a crime against God, all except his sidekick, a woman whose power is persuasion and whom he cannot defy. Armed with terrible power on both sides, driven by the memory of betrayal and loss, the arch-nemeses have set a course for revenge - but who will be left alive at the end? 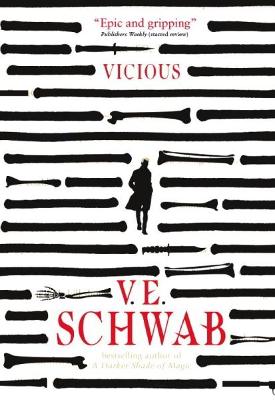 » Have you read this book? We'd like to know what you think about it - write a review about Vicious book by V. E. Schwab and you'll earn 50c in Boomerang Bucks loyalty dollars (you must be a Boomerang Books Account Holder - it's free to sign up and there are great benefits!)

V.E. Schwab is the No.1 New York Times bestselling author of ten books, including This Savage Song and the Darker Shade of Magic series, whose first book was described as "a classic work of fantasy" by Deborah Harkness. It was one of Waterstones' Best Fantasy Books of 2015, The Guardian's Best Science Fiction novels, and a Telegraph choice. The Independent has called her "The natural successor to Diana Wynne Jones."

A Preview for this title is currently not available.
More Books By V. E. Schwab
View All