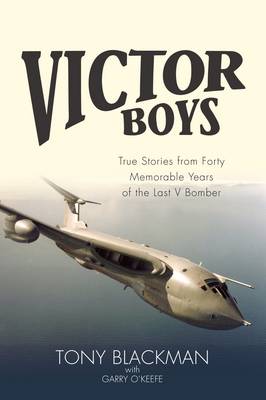 True Stories from 40 Memorable Years of the Last V Bomber

The Handley Page Victor was the third of the three V Bombers and the most long lasting, serving in the RAF until 1993, and still doing invaluable service in the first Iraq war. Moreover, in 1982 it was only the Victor tanker fleet based on Ascension Island that made possible the Vulcan Black Buck bombing of Port Stanley airfield and the long-range reconnaissance of Argentina by Nimrods. "Victor Boys" tells the story of all the great things that were achieved, recounted first hand by the operators themselves, aircrew and ground crew. Starting with accounts by test pilot Johnny Allam, who undertook the major development of the aircraft, through its work as a nuclear bomber during the cold war, testing Blue Steel in Australia, to its superb work during the Falklands war and later as a first class air-to-air refuelling tanker and vital support tool for fighters and other aircraft. Published to co-incide with the Victor's 60th anniversary, the gripping text is superbly illustrated with photographs from the operators themselves, never released before. The stories are collated and set in context by Tony Blackman, ex chief test pilot of Avros who helped develop the Vulcan and initiated the development of the Victor K2 tanker. For him, initially, the Victor seemed a competitor but he now readily admits what a wonderful aircraft the Victor became. 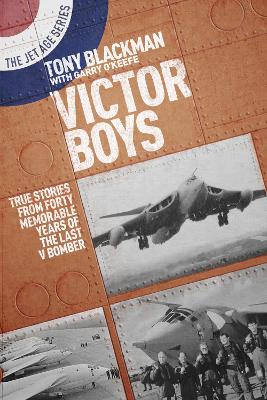 » Have you read this book? We'd like to know what you think about it - write a review about Victor Boys book by Tony Blackman and you'll earn 50c in Boomerang Bucks loyalty dollars (you must be a Boomerang Books Account Holder - it's free to sign up and there are great benefits!)

V Force Boys: All New Reminiscences by Air and Ground Crews operating the Vulcan, Victor and Valiant in the Cold War
Available, ships in 7-10 business days
$44.99 $49.99