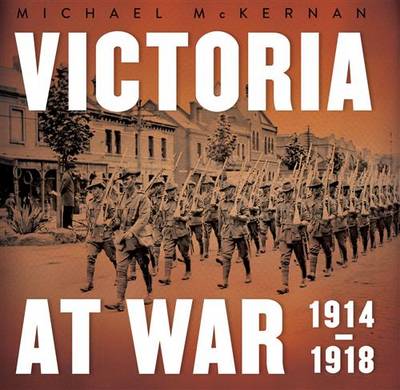 During the First World War, in Melbourne and communities throughout Victoria, schoolchildren knitted socks for the troops serving in Gallipoli, the Middle East and on the Western Front. Their families set up Red Cross branches to support the 91,000 Victorian servicemen and women overseas.

Victoria at War records the achievements of the state's soldiers, nurses and their families - including the Whitelaws from Gippsland with six sons enlisting, 'Bert' Jacka, the first Australian to be awarded the Victoria Cross in the First World War, and commander Sir John Monash. Bestselling military historian Michael McKernan commemorates the generosity, devotion, sacrifice and spirit of a community pushed towards breaking point through stories from the home front and battlefront.

Other Editions - Victoria at War by Michael McKernan 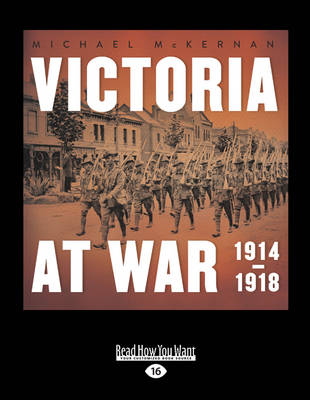 » Have you read this book? We'd like to know what you think about it - write a review about Victoria at War book by Michael McKernan and you'll earn 50c in Boomerang Bucks loyalty dollars (you must be a Boomerang Books Account Holder - it's free to sign up and there are great benefits!)

Michael McKernan is a writer, reviewer, and radio commentator. He is the author of "The Brumbies," "Drought," "Gallipoli: A Short History," "The Strength of a Nation," and "Underground Australia," among others. He was also deputy director at the Australian War Memorial.

A Preview for this title is currently not available.
More Books By Michael McKernan
View All