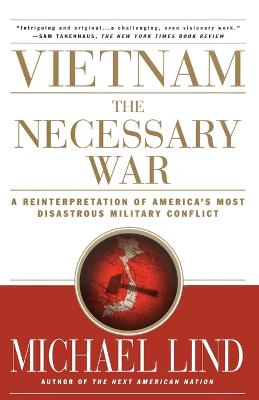 A Reinterpretation of America's Most Disastrous Military Conflict

One of America's leading intellectuals presents a startling thesis sure to provoke controversy: that the Vietnam War was the right war at the right time, with the wrong military strategy. The Vietnam War still divides Americans. Some claim that Indochina was of no strategic value. Others argue that timid civilian leaders denied the U.S military permission to win. In this paradigm-shifting book, Michael Lind explodes both of these myths and puts the Vietnam War back in the context of Cold War power politics and American domestic politics. The Cold War, Lind argues, was the third world war, and the proxy wars in Korea, Indochina, and Afghanistan were among its major campaigns. However, the cost of the U.S military's misguided tactics in Vietnam undermined American public support for the Cold War on all fronts. The result was the forfeiture of Indochina, a resurgence of American isolationism, and a worldwide wave of Soviet bloc expansion checked only by the Second Cold War of the 1980's. Challenging the stale orthodoxies of the antiwar left and prowar right, VIETNAM: THE NECESSARY WAR offers a major reinterpretation of America's most disastrous foreign war.

» Have you read this book? We'd like to know what you think about it - write a review about Vietnam: The Necessary War book by Michael Lind and you'll earn 50c in Boomerang Bucks loyalty dollars (you must be a Boomerang Books Account Holder - it's free to sign up and there are great benefits!)

Michael Lind lives in Washington DC and is the Washington Editor of HARPER'S magazine. He is the author of five previous books, including THE NEXT AMERICAN NATION (0684825031) and UP FROM CONSERVATISM (0684831864). His work has appeared in THE NEW YORK TIMES, THE WASHINGTON POST and THE ALTANTIC MONTHLY. He holds a master's degree in international relations from Yale and a law degree from the University of Texas.

A Preview for this title is currently not available.
More Books By Michael Lind
View All