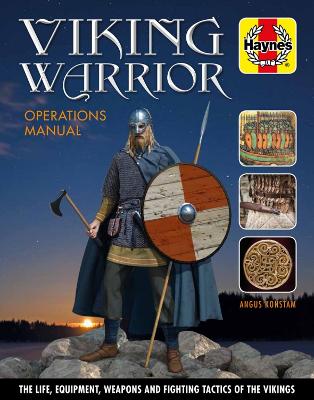 The Life, Equiptment, Weapons and Fighting Tactics of the Vikings

In the summer of 793 AD Viking raiders attacked and looted the
monastic island of Lindisfarne, off the coast of Northumberland. This
assault was only the beginning, within 18 months huge areas of the
British coast was being devastated by the terrifying ships and their
fierce, destructive fighting men. Who were these mysterious raiders?
In this book, veteran historian Angus Konstam answers that question,
and many more besides. By focussing on the Viking warrior, himself,
these mysterious figures are fleshed out and brought vividly to life. The
book explores the Norse background and culture, the way the people
lived and dressed, the weapons they carried and how they used them. It
looks at their system of belief and their allegiances to family,
community and king, but it also explains just why they were so
effective as plunderers and raiders. The result is a book that uncovers
the world of the Viking in a way which has never been done before,
presented in the highly accessible yet informative style that
characterises the Haynes manual series. 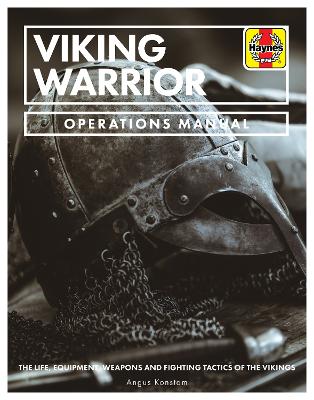 » Have you read this book? We'd like to know what you think about it - write a review about Viking Warrior book by Angus Konstam and you'll earn 50c in Boomerang Bucks loyalty dollars (you must be a Boomerang Books Account Holder - it's free to sign up and there are great benefits!)

ANGUS KONSTAM is a widely published and respected military and naval historian, with numerous books to his credit. A former Royal Naval officer, maritime archaeologist and museum curator, he holds degrees from three universities, including a Masters degree from St. Andrews. He is the author of several major books, including a biography of Blackbeard, histories of piracy, Renaissance ships and the Scottish soldier, and studies of the battles of North Cape and Salerno. He has also written over 50 books for Osprey Publishing, including reference works on the dreadnought battleships of the First World War. He has given numerous public lectures in Britain, as well as in Europe and North America, and his work has been translated into several languages. He is frequently interviewed by the press in his capacity as a maritime historian, and has appeared live on both television and radio. He also made frequent appearances in television documentaries screened by the BBC and ITV, as well as the History and Discovery Channels.