Evelyn Waugh's acidly funny and formally daring satire, Vile Bodies reveals the darkness and vulnerability that lurks beneath the glittering surface of the high life. This Penguin Modern Classics edition is edited with an introduction and notes by Richard Jacobs.In the years following the First World War a new generation emerges, wistful and vulnerable beneath the glitter. The Bright Young Things of twenties' Mayfair, with their paradoxical mix of innocence and sophistication, exercise their inventive minds and vile bodies in every kind of capricious escapade - whether promiscuity, dancing, cocktail parties or sports cars. In a quest for treasure, a favourite party occupation, a vivid assortment of characters, among them the struggling writer Adam Fenwick-Symes and the glamorous, aristocratic Nina Blount, hunt fast and furiously for ever greater sensations and the fulfilment of unconscious desires.If you enjoyed Vile Bodies, you might like Waugh's A Handful of Dust, also available in Penguin Modern Classics.'The high point of the experimental, original Waugh'Malcolm Bradbury, Sunday Times'This brilliantly funny, anxious and resonant novel ... the difficult edgy guide to the turn of the decade'Richard Jacobs'It's Britain's Great Gatsby'Stephen Fry, director of Vile Bodies film adaptation Bright Young Things 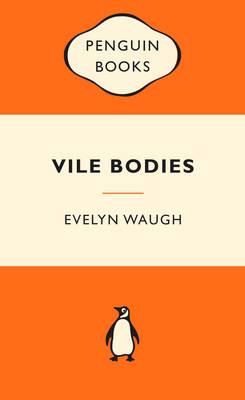 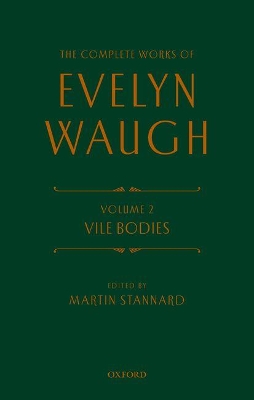 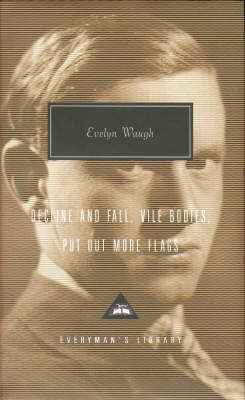 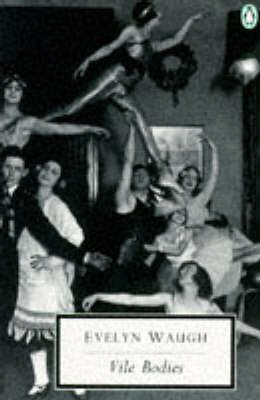 » Have you read this book? We'd like to know what you think about it - write a review about Vile Bodies book by Evelyn Waugh and you'll earn 50c in Boomerang Bucks loyalty dollars (you must be a Boomerang Books Account Holder - it's free to sign up and there are great benefits!)

Evelyn Waugh (1903-1966) was born in London and educated at Oxford. He quickly established a reputation with such social satirical novels as DECLINE AND FALL, VILE BODIES and SCOOP. Waugh became a Catholic in 1930, and his later books display a more serious attitude, as seen in the religious theme of BRIDESHEAD REVISITED, a nostalgic evocation of student days at Oxford. His diaries were published in 1976, and his letters in 1980.