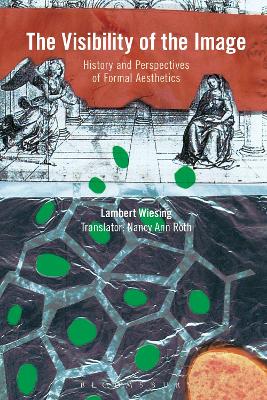 The Visibility of the Image

History and Perspectives of Formal Aesthetics

Description - The Visibility of the Image by Lambert Wiesing

Now available in English for the first time, The Visibility of the Image explores the development of an influential aesthetic tradition through the work of six figures. Analysing their contribution to the progress of formal aesthetics, from its origins in Germany in the 1880s to semiotic interpretations in America a century later, the six chapters cover:

Robert Zimmermann (1824-1898), the first to separate aesthetics and metaphysics and approach aesthetics along the lines of formal logic, providing a purely syntactic way of using signs, regardless of objective content;
Alois Riegl (1858-1905), who went on to further develop aesthetics on the model of formal logic, creating a theory of style in response to Zimmermann's call for an aesthetics oriented toward formal logic;
Heinrich Woelfflin (1864-1945), who represents a step toward an understanding of consciousness by using pictures as cognitive tools;
Konrad Fiedler (1841-1895), the Saxon philosopher who considered the possibility that some kinds of images are made and viewed not for what they show, but for their visibility's sake alone;
Maurice Merleau-Ponty (1908-1961), responsible for taking up the connections between the problems of reducing the range of potential meanings and contexts of a given image down to just the picture surface;
Charles William Morris (1901-1979), who set out to establish whether a picture with no objective reference, such as an abstract painting, still counts as a sign, and if so, in what sense.

Bringing these thinkers together and interlinking their ideas, Lambert Wiesing presents an engaging history of formal aesthetics, while reconstructing the philosophical foundations for the appearance of new image forms in the 20th century, including the video-clip, abstract collage, digital simulation and virtual reality. Using this original approach, The Visibility of the Image introduces the rise of modern image theory and provides a valuable account of our engagement with pictures in the 21st century.

Buy The Visibility of the Image by Lambert Wiesing from Australia's Online Independent Bookstore, Boomerang Books.

Other Editions - The Visibility of the Image by Lambert Wiesing Book Reviews - The Visibility of the Image by Lambert Wiesing

» Have you read this book? We'd like to know what you think about it - write a review about Visibility of the Image book by Lambert Wiesing and you'll earn 50c in Boomerang Bucks loyalty dollars (you must be a Boomerang Books Account Holder - it's free to sign up and there are great benefits!)

Lambert Wiesing, a prominent figure in image theory, is Professor of Philosophy at Jena University, Germany. He was President of the German Society for Aesthetics between 2005 and 2008. He was a Leverhulme Trust Visiting Professor at the University of Oxford, UK in 2013. Translator Nancy Roth is an independent writer and translator based in the UK.

A Preview for this title is currently not available.
More Books By Lambert Wiesing
View All