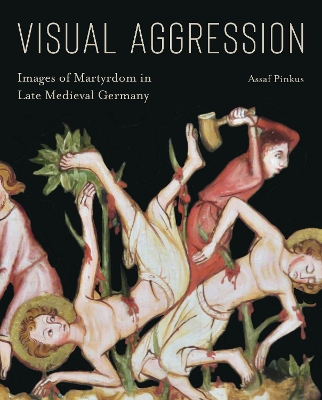 Why does a society seek out images of violence? What can the consumption of violent imagery teach us about the history of violence and the ways in which it has been represented and understood? Assaf Pinkus considers these questions within the context of what he calls galleries of violence, the torment imagery that flourished in German-speaking regions during the fourteenth and fifteenth centuries. Exploring these images and the visceral bodily responses that they produced in their viewers, Pinkus argues that the new visual discourse on violence was a watershed in premodern conceptualizations of selfhood.

Images of martyrdom in late medieval Germany reveal a strikingly brutal parade of passion: severed heads, split skulls, mutilated organs, extracted fingernails and teeth, and myriad other torments. Stripped from their devotional context and presented simply as brutal acts, these portrayals assailed viewers' bodies and minds so violently that they amounted to what Pinkus describes as "visual aggressions." Addressing contemporary discourses on violence and cruelty, the aesthetics of violence, and the eroticism of the tortured body, Pinkus ties these galleries of violence to larger cultural concerns about the ethics of violence and bodily integrity in the conceptualization of early modern personhood.

Innovative and convincing, this study heralds a fundamental shift in the scholarly conversation about premodern violence, moving from a focus on the imitatio Christi and the liturgy of punishment to the notion of violence as a moral problem in an ethical system. Scholars of medieval and early modern art, history, and literature will welcome and engage with Pinkus's research for years to come.

» Have you read this book? We'd like to know what you think about it - write a review about Visual Aggression: Images of Martyrdom in Late Medieval Germany book by Assaf Pinkus and you'll earn 50c in Boomerang Bucks loyalty dollars (you must be a Boomerang Books Account Holder - it's free to sign up and there are great benefits!)


A Preview for this title is currently not available.
More Books By Assaf Pinkus
View All