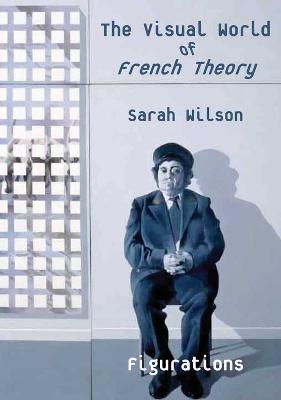 The Visual World of French Theory

Description - The Visual World of French Theory by Sarah Wilson

This revelatory book focuses on a remarkable series of encounters between the most prominent French philosophers of the 1960s and 1970s?Sartre, Deleuze, Bourdieu, and Foucault among them?and the artists of their times, most particularly the protagonists of the Narrative Figuration movement. Each encounter involved either a mutual engagement or the writing of critical texts or catalogue prefaces?texts that illuminate not only the work of the artists but also the production of the philosopher-writer concerned.

Although the protagonists of ?French theory? are universally known and studied, their thought is presented without a sense of contiguity, chronology, or context in translation, while the artists with whom they engaged are virtually unknown outside the French-speaking world. This account restores the lived context of artistic production. What Bourdieu called ?cultural competence? is seen to be essential for these particular philosophers, and Sarah Wilson shows that it is through them that the figurative art of 1970s France can be introduced to the audience it deserves.

» Have you read this book? We'd like to know what you think about it - write a review about Visual World of French Theory book by Sarah Wilson and you'll earn 50c in Boomerang Bucks loyalty dollars (you must be a Boomerang Books Account Holder - it's free to sign up and there are great benefits!)

Sarah Wilson is professor of modern art at the Courtauld Institute of Art, University of London.

A Preview for this title is currently not available.
More Books By Sarah Wilson
View All