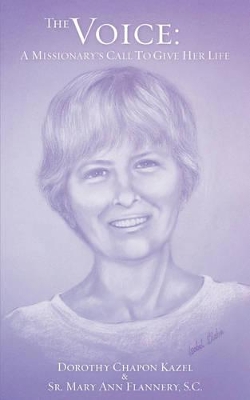 A Missionary's Call to Give Her Life

This book offers an insight into the life of an American missionary, Sr. Dorothy Kazel, OSU, as she matured from her novitiate days to her martyrdom with three other Catholic missionaries on December 2, 1980 in El Salvador. Sister Dorothy's letters, selected for this volume, as well as the essays written by those who knew her well, present a Dorothy who wanted only to serve the poor. She grew into this role through three stages of spirituality of growth from early religious practices to total self-abnegation in death. Sister Dorothy's life is a model of the true Christian calling. She was joyful, funny, and down-to-earth. At times she was a blend of the irreverent and the holy. She was exactly what she wanted her epitaph to read after she found the words in the writings of St. Augustine: an 'Alleluia from head to foot'! Dorothy Chapon Kazel is the sister-in-law of Sr. Dorothy Kazel. An author, lecturer, and panelist has addressed numerous professional groups. She has written feature articles for the Cleveland Plain Dealer, the Kentucky Courier Journal, and the North Carolina Catholic. She has made several television and radio show appearances. She is a wife and a mother of six grown children. Chapon Kazel published a short biography in 1986 called, THE ALLELUIA WOMAN. Sister Mary Ann Flannery is a Sister of Charity of Cincinnati is an Associate Professor of Communication at John Carroll University in Cleveland, Ohio. She was the general superior of her congregation whose sisters were serving with Dorothy in El Salvador at the time of the murders. She knew Sr. Dorothy while Dorothy was a missionary.

» Have you read this book? We'd like to know what you think about it - write a review about Voice book by Dorothy Chapon Kazel and you'll earn 50c in Boomerang Bucks loyalty dollars (you must be a Boomerang Books Account Holder - it's free to sign up and there are great benefits!)