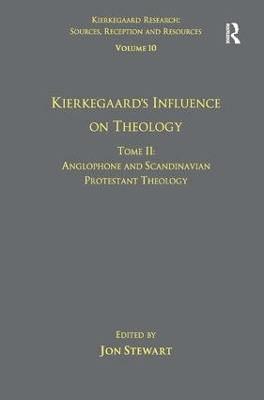 Kierkegaard has always enjoyed a rich reception in the fields of theology and religious studies. This reception might seem obvious given that he is one of the most important Christian writers of the nineteenth century, but Kierkegaard was by no means a straightforward theologian in any traditional sense. He had no enduring interest in some of the main fields of theology such as church history or biblical studies, and he was strikingly silent on many key Christian dogmas. Moreover, he harbored a degree of animosity towards the university theologians and churchmen of his own day. Despite this, he has been a source of inspiration for numerous religious writers from different denominations and traditions. Tome II is dedicated to tracing Kierkegaard's influence in Anglophone and Scandinavian Protestant religious thought. Kierkegaard has been a provocative force in the English-speaking world since the early twentieth century, inspiring almost contradictory receptions. In Britain, before World War I, the few literati who were familiar with his work tended to assimilate Kierkegaard to the heroic individualism of Ibsen and Nietzsche. In the United States knowledge of Kierkegaard was introduced by Scandinavian immigrants who brought with them a picture of the Dane as much more sympathetic to traditional Christianity. The interpretation of Kierkegaard in Britain and America during the early and mid-twentieth century generally reflected the sensibilities of the particular theological interpreter. Anglican theologians generally found Kierkegaard to be too one-sided in his critique of reason and culture, while theologians hailing from the Reformed tradition often saw him as an insightful harbinger of neo-orthodoxy. The second part of Tome II is dedicated to the Kierkegaard reception in Scandinavian theology, featuring articles on Norwegian and Swedish theologians influenced by Kierkegaard. 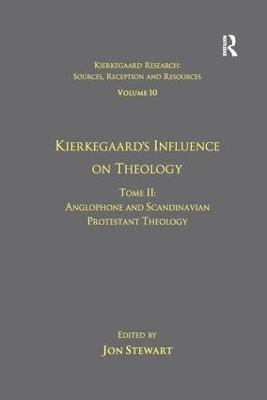 » Have you read this book? We'd like to know what you think about it - write a review about Volume 10, Tome II: Kierkegaard's Influence on Theology book by Jon Stewart and you'll earn 50c in Boomerang Bucks loyalty dollars (you must be a Boomerang Books Account Holder - it's free to sign up and there are great benefits!)