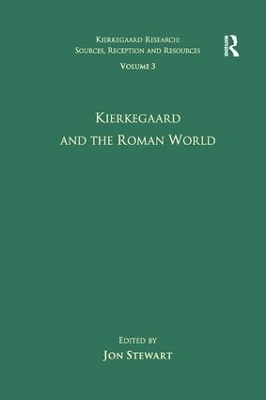 Volume 3: Kierkegaard and the Roman World

Description - Volume 3: Kierkegaard and the Roman World by Jon Stewart

While Kierkegaard's use of the Greek authors, particularly Plato and Aristotle, has attracted considerable attention over the years, his use of the Roman authors has, by contrast, remained sadly neglected. This neglect is somewhat surprising given the fact that Kierkegaard was extremely well read in Latin from his early youth when he attended the Borgerdyd School in Copenhagen. Kierkegaard's interest in the Roman authors is perhaps best evidenced by his book collection. In his private library he had a long list of Latin titles and Danish translations of the standard Roman authors in any number of different genres. His extensive and frequent use of writers such as Cicero, Horace, Terence, Seneca, Suetonius and Ovid clearly warrants placing them in the select group of his major sources. The chapters in this volume demonstrate that Kierkegaard made use of the Roman sources in a number of different ways. His readings from the Borgerdyd school seem to have stuck with him as an adult. He constantly refers to Roman authors, such as Livy, Nepos, and Suetonius for colourful stories and anecdotes. In addition, he avails himself of pregnant sayings or formulations from the Roman authors, when appropriate. But his use of these authors is not merely as a rhetorical source. He is also profoundly interested in the Roman philosophy of Cicero, Seneca and Marcus Aurelius. Similarly, just as he is fascinated by Tacitus' portrayal of the early Christians, so also he is amused by the humour of Terence and Apuleius. In short, the Roman authors serve to enrich any number of different aspects of Kierkegaard's authorship with respect to both content and form.

Other Editions - Volume 3: Kierkegaard and the Roman World by Jon Stewart 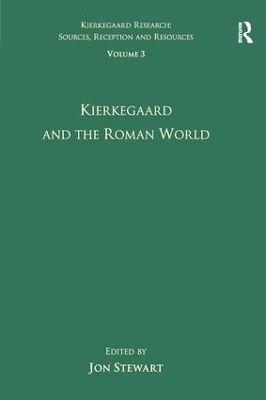 » Have you read this book? We'd like to know what you think about it - write a review about Volume 3: Kierkegaard and the Roman World book by Jon Stewart and you'll earn 50c in Boomerang Bucks loyalty dollars (you must be a Boomerang Books Account Holder - it's free to sign up and there are great benefits!)