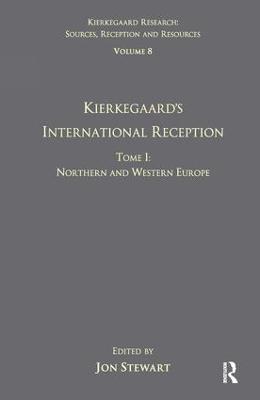 Although Kierkegaard's reception was initially more or less limited to Scandinavia, it has for a long time now been a highly international affair. As his writings were translated into different languages his reputation spread, and he became read more and more by people increasingly distant from his native Denmark. While in Scandinavia, the attack on the Church in the last years of his life became something of a cause celebre, later, many different aspects of his work became the object of serious scholarly investigation well beyond the original northern borders. As his reputation grew, he was co-opted by a number of different philosophical and religious movements in different contexts throughout the world. The three tomes of this volume attempt to record the history of this reception according to national and linguistic categories. Tome I covers the reception of Kierkegaard in Northern and Western Europe. The articles on Denmark, Norway, Sweden, Finland and Iceland can be said to trace Kierkegaard's influence in its more or less native Nordic Protestant context. Since the authors in these countries (with the exception of Finland) were not dependent on translations or other intermediaries, this represents the earliest tradition of Kierkegaard reception. The early German translations of his works opened the door for the next phase of the reception which expanded beyond the borders of the Nordic countries. The articles in the section on Western Europe trace his influence in Great Britain, the Netherlands and Flanders, Germany and Austria, and France. All of these countries and linguistic groups have their own extensive tradition of Kierkegaard reception. 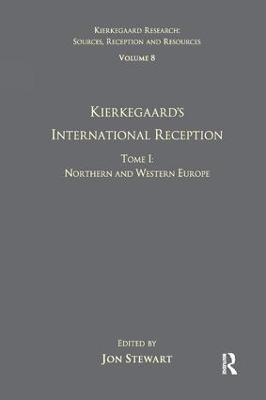 » Have you read this book? We'd like to know what you think about it - write a review about Volume 8, Tome I: Kierkegaard's International Reception - Northern and Western Europe book by Jon Stewart and you'll earn 50c in Boomerang Bucks loyalty dollars (you must be a Boomerang Books Account Holder - it's free to sign up and there are great benefits!)