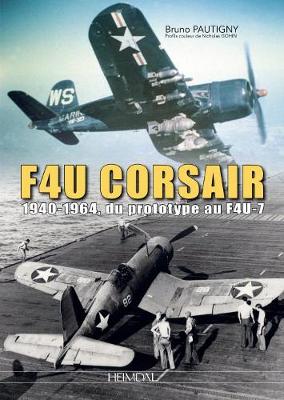 Text in French Built more than 12,000 times in six versions, used by some into the 1970s, the emblematic aircraft of the Pacific War, and star of the small screen, the Vought F4U Corsair is undoubtedly one of the most famous in the history of Aviation. Immediately recognizable by its "Seagull wings" configuration imposed by its very large diameter propeller the Corsair, after a difficult start, was one of the architects of success for American naval aviation during the Second World War. It won the nickname of "Whistling Death", due to the noise generated by its engine and canopy during attacks. In the absence of an available and effective successor, it valiantly resumed service during the Korean War during which it carried out nearly 80% of the ground attack missions. As well as being used by the United States, the F4U was used by the British Fleet Air Arm during the European Theatre of World War II, while France, for which a specific version was manufactured by Vought, withdrew its last Corsair from service in the early 1960s, after having used them in combat in Algeria and Suez. Written by two great specialists and illustrators of global aviation this book has almost 200 unpublished profiles of this mythical plane.

» Have you read this book? We'd like to know what you think about it - write a review about Vought F-4u Corsair book by Pautigny Bruno and you'll earn 50c in Boomerang Bucks loyalty dollars (you must be a Boomerang Books Account Holder - it's free to sign up and there are great benefits!)


A Preview for this title is currently not available.
More Books By Pautigny Bruno
View All