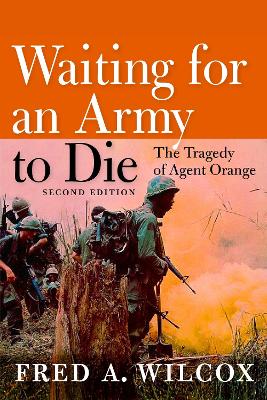 Waiting For An Army To Die

Description - Waiting For An Army To Die by Fred A Wilcox

The first book to chronicle the effects of chemical warfare on the Vietnamese people and their environment, where, even today, more than three million people - including 500,000 children - are sick and dying from birth defects, cancer and other illnesses that can be directly traced to Agent Orange/dioxin exposure. Weaving first-person accounts with original research, Vietnam War scholar Fred A. Wilcox examines long-term consequences for future generations, laying bare the ongoing tragedy in Vietnam and calling for the US to admit its role in it.

Buy Waiting For An Army To Die by Fred A Wilcox from Australia's Online Independent Bookstore, Boomerang Books.

» Have you read this book? We'd like to know what you think about it - write a review about Waiting For An Army To Die book by Fred A Wilcox and you'll earn 50c in Boomerang Bucks loyalty dollars (you must be a Boomerang Books Account Holder - it's free to sign up and there are great benefits!)

FRED A. WILCOX is a veteran's advocate, environmentalist, and scholar of the Vietnam War. His book, Waiting for an Army to Die: The Tragedy of Agent Orange, helped break the story of the effects of chemical warfare on US veterans who had served in Vietnam. He is the recipient of numerous awards for his scholarship, including the Chapel of the Four Chaplains Humanitarian Award, which was presented to him on two occasions by the Vientma Veterans of America. Wilcox lives in Ithaca, New York.

A Preview for this title is currently not available.
More Books By Fred A Wilcox
View All