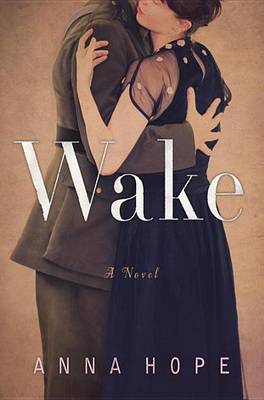 Anna Hope s brilliant debut unfolds over the course of five days, as three women must deal with the aftershocks of World War I and its impact on the men in their lives. "Wake: 1) Emerge or cause to emerge from sleep. 2) Ritual for the dead. 3) Consequence or aftermath." London, 1920. The city prepares to observe the two-year anniversary of Armistice Day with the burial of the unknown soldier. Many are still haunted by the war: Hettie, a dance instructress, lives at home with her mother and her brother, who is mute after his return from combat. One night Hettie meets a wealthy, educated man and finds herself smitten with him. But there is something distracted about him, something she cannot reach. . . . Evelyn works at the Pensions Exchange, through which thousands of men have claimed benefits from wounds or debilitating distress. Embittered by her own loss, she looks for solace in her adored brother, who has not been the same since he returned from the front. . . . Ada is beset by visions of her son on every street, convinced he is still alive. Helpless, her loving husband has withdrawn from her. Then one day a young man appears at her door, seemingly with notions to peddle, like hundreds of out-of-work veterans. But when he utters the name of her son, Ada is jolted to the core. The lives of these three women are braided together, their stories gathering tremendous power as the ties that bind them become clear, and the body of the unknown soldier moves closer and closer to its final resting place. Advance praise for "Wake" Hope s unblinking prose is reminiscent of Vera Brittain s classic memoir "Testament of Youth" in its depiction of the social and emotional fallout, particularly on women, of the Great War. . . . Hope reaches beyond the higher echelons of society to women of different social classes, all linked by their reluctance to bid goodbye to the world the conflict has shattered. "The New York Times Book Review" "Wake"is a tender and timely novel, full of compassion and quiet insight. The author gives us a moving and original glimpse into the haunted peace after the Great War, her characters drawn by the gravity of the unmarked, the unknown, and perhaps, finally, the unhoped for. Chris Cleave, author of"Little Bee" "Wake "is a compelling and emotionally charged debut about the painful aftermath of war and the ways small, brave, or commonplace in which we keep ourselves going. It touches feelings we know, and settings dance halls, war fronts, queues outside the grocer s that we don t. I loved it. Rachel Joyce, author of "The Unlikely Pilgrimage of Harold Fry" "" "Wake" is powerful and humane, a novel that charms and beguiles. Anna Hope s characters are so real, flawed, and searching, and her prose so natural, one almost forgets how very great a story she is telling. Sadie Jones, author of "The Uninvited Guests" Using telling detail, Hope creates a vibrant physical and emotional landscape in which her leading characters, and a sea of others, move irresistibly into the future, some having found resolution, others still in search. Fresh, confident, yet understated, Hope s first work movingly revisits immense tragedy while also confirming her own highly promising ability. "Kirkus Reviews""

Other Editions - Wake by Anna Hope 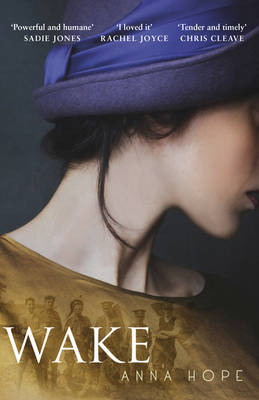 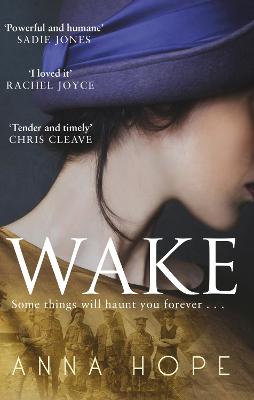 » Have you read this book? We'd like to know what you think about it - write a review about Wake book by Anna Hope and you'll earn 50c in Boomerang Bucks loyalty dollars (you must be a Boomerang Books Account Holder - it's free to sign up and there are great benefits!)

Anna Hope studied English at Oxford, attended the Royal Academy of Dramatic Arts, and then received an M.A. in creative writing at Birkbeck. She lives in London.

A Preview for this title is currently not available.
More Books By Anna Hope
View All