In July 1845, Henry David Thoreau built a small cottage in the woods near Walden Pond in Concord, Massachusetts. During the two years and two months he spent there, he began to write Walden, a chronicle of his communion with nature that became one of the most influential and compelling books in American literature. Since its first publication on August 9, 1854, by Ticknor and Fields, the work has become a classic, beloved for its message of living simply and in harmony with nature. 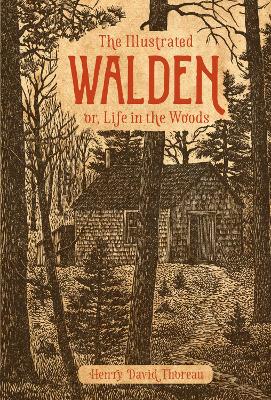 HENRY DAVID THOREAU (1817-1862) is one of the most beloved figures in American literature. He is the author of dozens of books and essays, including On Civil Disobedience, The Maine Woods, and A Week on the Concord and Merrimack Rivers.