On and off the Leash

People love dogs, and dogs love people. Walking a dog is one of the most visible and mutually beneficial manifestations of that bond. It is a ritual steeped in affection and obligation. It doesn't have a day off. It doesn't pay the bills or clean the dishes or do the laundry. Still, people and dogs alike gain the benefits of exercise, socialization, shared experiences and observations. Another benefit, often overlooked, is the pleasure of mutually indulging a trait that ordinary dogs share with extraordinary people: curiosity. This book is, in many ways, an ode to curiosity.

Walking Magpie is about a dog and what a dog sees. It is also a work of serious photography by a well-known and pioneering landscape artist: Chuck Forsman, who, for more than forty years, has been a keen observer of the interface between landscape and culture as expressed through his paintings and photographic art. As a result, Forsman often goes to places that might not be on everyone's radar screen.

In this book, Forsman took a camera with him during his walks with Magpie, the family dog. Often, these walks are in the neighborhood and surrounding hills where Forsman lives: near the Flatirons in Boulder. But Magpie joins Forsman on other adventures, from Alaska and the Northwest Territories of Canada to Florida, Ohio, and New York City. The intent is to turn these experiences into art. With each picture we sense mystery rather than clarity, questions about place rather than answers. We hardly can know what a dog knows, but with this book we can appreciate better what a dog sees and senses and experiences, helping the human and canine imagination to meld, at least a little.

Walking Magpie is published in conjunction with a retrospective of Chuck Forsman's photographs at the Denver Art Museum in October 2013. Published in association with the Denver Museum of Art.

» Have you read this book? We'd like to know what you think about it - write a review about Walking Magpie book by Chuck Forsman and you'll earn 50c in Boomerang Bucks loyalty dollars (you must be a Boomerang Books Account Holder - it's free to sign up and there are great benefits!)

Chuck Forsman received his B.A. in art in 1967 and his M.F.A. in painting 1971 from the University of California at Davis. Forsman was drafted into the U.S. Army in 1967 and sent to Vietnam in 1968-1969, where he served as an illustrator and photo correspondent and earned a Bronze Star Medal.

A Preview for this title is currently not available.
More Books By Chuck Forsman
View All 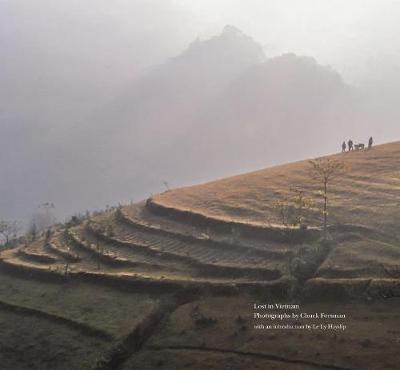