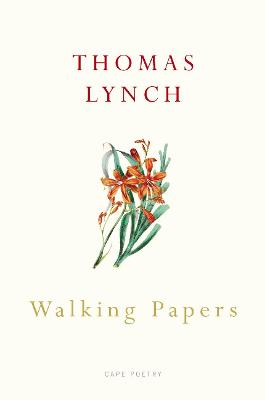 The new collection from the author of The Undertaking

If life is pilgrimage, Walking Papers are the pages - the notes on the journey, news of the world, letters of introduction and dismissal - found in one's breast-pocket amongst one's effects. And Thomas Lynch, the celebrated poet-undertaker is our guide through a world that's painfully aware of its own mortality; as he says in the powerfully moving title poem- 'Listen - /something's going to get you in the end./The numbers are fairly convincing on this,/hovering, as they do, around a hundred/percent.We die.And more's the pity.'In this, his fourth collection of poems - his first in the new century - Lynch attends to the flora and fauna and fellow pilgrims- dead poets and living masters, a former president and his factotums, a sin-eater and inseminator. Faux-bardic and mock-epic, deft at lament and lampoon, accusation and dispensation, fete and feint, Lynch's poems are powerful medicines, tonics for the long haul and home-going-I say clean your plate and say your prayers,go out for a long walk after supperand listen for the voice that sounds like youtalking to yourself, you know the one-contrapuntal, measured to footfall, trueto your own metabolism.Listen --inspiration, expiration, it's all the same,the sigh of creation and its ceasing --whatever's going to happen's going to happen. 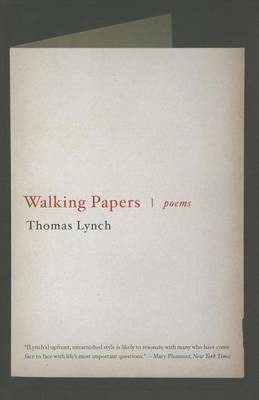 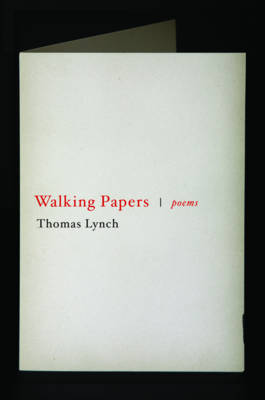 » Have you read this book? We'd like to know what you think about it - write a review about Walking Papers book by Thomas Lynch and you'll earn 50c in Boomerang Bucks loyalty dollars (you must be a Boomerang Books Account Holder - it's free to sign up and there are great benefits!)

Thomas Lynch's poems, essays and stories have appeared in The Atlantic and Granta, Harper's and the Times (of London, New York, Ireland and L.A.) and elsewhere. His first collection of stories, Apparition & Other Late Fictions, has recently been published by Jonathan Cape. He lives in Milford, Michigan and in Moveen, West Clare.

A Preview for this title is currently not available.
More Books By Thomas Lynch
View All