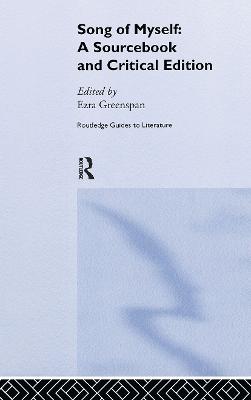 Walt Whitman's Song of Myself

A Sourcebook and Critical Edition

Since 1855, Walt Whitman's 'Song of Myself' has been enjoyed, debated, parodied and imitated by readers, critics and artists crossing national and linguistic boundaries. Many argue that it is the most influential poem ever written by an American. This Routledge Literary Sourcebook provides easy access to: contextual information, including biographical details and a chronology an overview of the poem's critical reception and extracts from important criticism, with clear introductory headnotes key passages from the original 1855 edition, with commentary and annotation the full 'final' 1881 edition of the poem. Cross-references link the critical, contextual and textual sections and suggestions for further reading complete the volume. This sourcebook is ideal for readers with no knowledge of the poem, or for those returning anew to a favourite text. 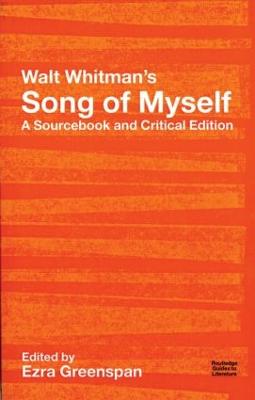 » Have you read this book? We'd like to know what you think about it - write a review about Walt Whitman's Song of Myself book by Walt Whitman and you'll earn 50c in Boomerang Bucks loyalty dollars (you must be a Boomerang Books Account Holder - it's free to sign up and there are great benefits!)

Ezra Greenspan is Professor of English at the University of South Carolina and has published widely on Walt Whitman.