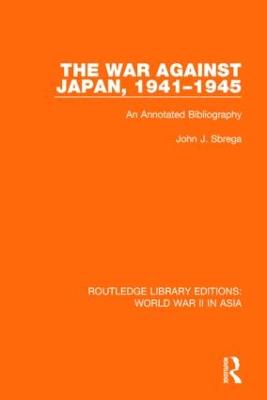 With over 5,200 entries, this volume remains one of the most extensive annotated bibliographies on the USA's fight against Japan in the Second World War. Including books, articles, and de-classified documents up to the end of 1987, the book is organized into six categories: Part 1 presents reference works, including encyclopedias, pictorial accounts, military histories, East Asian histories, hisotoriographies. Part 2 covers diplomatic-political aspects of the war against Japan. Part 3 contains sources on the economic and legal aspects of the war against Japan. Part 4 presents sources on the military apsects of the war - embracing land, air and sea forces. Religious aspects of the war are covered in Part 5 and Part 6 deals with the social and cultural aspects, including substantial sections on the treatment of Japanese minorities in the USA, Hawaii, Canada and Peru. 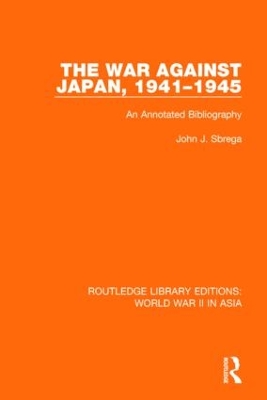 » Have you read this book? We'd like to know what you think about it - write a review about War Against Japan, 1941-1945 book by John J. Sbrega and you'll earn 50c in Boomerang Bucks loyalty dollars (you must be a Boomerang Books Account Holder - it's free to sign up and there are great benefits!)


A Preview for this title is currently not available.
More Books By John J. Sbrega
View All