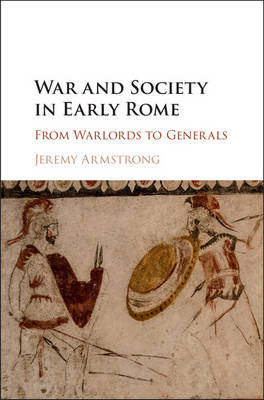 War and Society in Early Rome

From Warlords to Generals

Description - War and Society in Early Rome by Jeremy Armstrong

This book combines the rich, but problematic, literary tradition for early Rome with the ever-growing archaeological record to present a new interpretation of early Roman warfare and how it related to the city's various social, political, religious, and economic institutions. Largely casting aside the anachronistic assumptions of late republican writers like Livy and Dionysius of Halicarnassus, it instead examines the general modes of behaviour evidenced in both the literature and the archaeology for the period and attempts to reconstruct, based on these characteristics, the basic form of Roman society and then to 're-map' that on to the extant tradition. It will be important for scholars and students studying many aspects of Roman history and warfare, but particularly the history of the regal and republican periods.

Other Editions - War and Society in Early Rome by Jeremy Armstrong 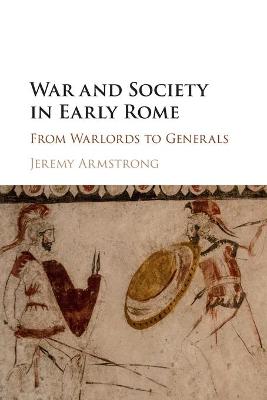 » Have you read this book? We'd like to know what you think about it - write a review about War and Society in Early Rome book by Jeremy Armstrong and you'll earn 50c in Boomerang Bucks loyalty dollars (you must be a Boomerang Books Account Holder - it's free to sign up and there are great benefits!)

Jeremy Armstrong is Senior Lecturer in Classics and Ancient History at the University of Auckland. He has published on various aspects of early Roman history, archaeology and warfare, including two edited volumes: Rituals of Triumph (2013) and Circum Mare: Themes in Ancient Warfare (forthcoming).

A Preview for this title is currently not available.
More Books By Jeremy Armstrong
View All