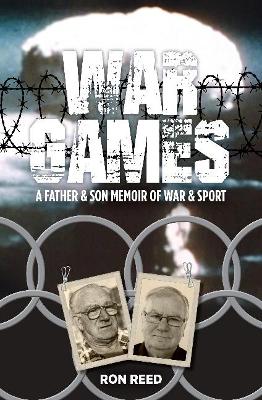 War Games: A Father and Son Memoir of War and Sport

Description - War Games: A Father and Son Memoir of War and Sport by Ron Reed

Getting paid to watch sport from the best seats in the house and to chew the fat with sportsmen every day of the week can't be called a real job - can it? Ron Reed has spent more than 50 years as one of Australia's leading sports journalists. He has a fascination for the games people play and the people who play them. In particular, the Olympic Games became a passion. After attending his first Olympics in person in 1984, Ron decided to attend the Games one last time, in Tokyo 2020, to fulfil what had become a consuming private and personal interest. He had planned to visit the memorial to the victims and survivors of the atomic bombing of the southern city of Nagasaki, the catalyst for ending the Second World War. His father, Private William Cecil Reed, was a prisoner of war in Nagasaki and survived that horrific event when tens of thousands of others did not. War Games was to bookend the experiences of father and son in the country that held an unlikely connection for them. Despite the postponed Tokyo Olympics, the book still combines the remarkable war-time experiences of a soldier in World War II with the memorable events, people and sports that have formed the fabric of Ron's working life. These stories are part of the vast sporting history of a sports-mad nation and while they reach well back into the past that doesn't mean they are no longer interesting - some are utterly unforgettable.

Book Reviews - War Games: A Father and Son Memoir of War and Sport by Ron Reed

» Have you read this book? We'd like to know what you think about it - write a review about War Games: A Father and Son Memoir of War and Sport book by Ron Reed and you'll earn 50c in Boomerang Bucks loyalty dollars (you must be a Boomerang Books Account Holder - it's free to sign up and there are great benefits!)


A Preview for this title is currently not available.
More Books By Ron Reed
View All