The War of the Worlds

Description - The War of the Worlds by H. G. Wells

The first modern tale of alien invasion, H.G. Wells's The War of the Worlds remains one of the most influential science fiction novels ever published. This Penguin Classics edition is edited by Patrick Parrinder with an introduction by Brian Aldiss, author of Hothouse, and notes by Andy Sawyer.The night after a shooting star is seen streaking through the sky from Mars, a cylinder is discovered on Horsell Common in London. At first, naive locals approach the cylinder armed just with a white flag - only to be quickly killed by an all-destroying heat-ray, as terrifying tentacled invaders emerge. Soon the whole of human civilisation is under threat, as powerful Martians build gigantic killing machines, destroy all in their path with black gas and burning rays, and feast on the warm blood of trapped, still-living human prey. The forces of the Earth, however, may prove harder to beat than they at first appear.The War of the Worlds has been the subject of countless adaptations, including an Orson Welles radio drama which caused mass panic when it was broadcast, with listeners confusing it for a news broadcast heralding alien invasion; a musical version by Jeff Wayne; and, most recently, Steven Spielberg's 2005 film version, starring Tom Cruise. This Penguin Classics edition includes a full biographical essay on Wells, a further reading list and detailed notes. The introduction, by Brian Aldiss, considers the novel's view of religion and society. H.G. Wells (1866-1946) was a professional writer and journalist. Among his most popular works are The Time Machine (1895); The Island of Doctor Moreau (1896), filmed with Bela Lugosi in 1932, and again in 1996 with Marlon Brando; The Invisible Man (1897); The War of the Worlds (1898); and The First Men in the Moon (1901), which predicted the first lunar landings.If you enjoyed The War of the Worlds, you might like Wells's The Time Machine, also available in Penguin Classics.

Other Editions - The War of the Worlds by H. G. Wells 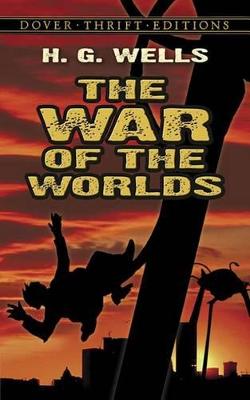 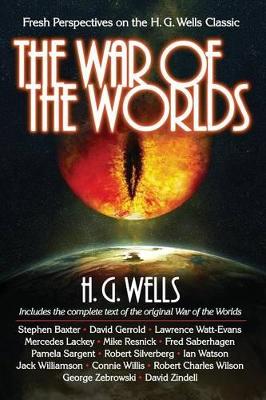 Book Reviews - The War of the Worlds by H. G. Wells

» Have you read this book? We'd like to know what you think about it - write a review about War of the Worlds book by H. G. Wells and you'll earn 50c in Boomerang Bucks loyalty dollars (you must be a Boomerang Books Account Holder - it's free to sign up and there are great benefits!)

H.G. Wells was a professional writer and journalist, who published more than a hundred books, including novels, histories, essays and programmes for world regeneration. Wells's prophetic imagination was first displayed in pioneering works of science fiction, but later he became an apostle of socialism, science and progress. His controversial views on sexual equality and the shape of a truly developed nation remain directly relevant to our world today. He was, in Bertrand Russell's words, 'an important liberator of thought and action'. Brian Aldiss is a famed science fiction writer. Patrick Parrinder has written on H.G. Wells, science fiction, James Joyce and the history of the English novel. Since 1986 he has been Professor of English at the University of Reading. Andy Sawyer is a Librarian at the University of Liverpool with a particular interest in science fiction. He has annotated four volumes in this series.