An expanded edition of the leading text on military history and the role of culture on the battlefield
Ideas matter in warfare. Guns may kill, but ideas determine when, where, and how they are used. Traditionally, military historians attempted to explain the ideas behind warfare in strictly rational terms, but over the past few decades, a stronger focus has been placed on how societies conceptualize war, weapons, violence, and military service, to determine how culture informs the battlefield.
Warfare and Culture in World History, Second Edition, is a collection of some of the most compelling recent efforts to analyze warfare through a cultural lens. These curated essays draw on, and aggressively expand, traditional scholarship on war and society through sophisticated cultural analysis. Chapters range from an organizational analysis of American Civil War field armies, to an exploration of military culture in late Republican Rome, to debates within Ming Chinese officialdom over extermination versus pacification.
In addition to a revised and expanded introduction, the second edition of Warfare and Culture in World History now adds new chapters on the role of herding in shaping Mongol strategies, Spanish military culture and its effects on the conquest of the New World, and the blending of German and East African military cultures among the Africans who served in the German colonial army. This volume provides a full range of case studies of how culture, whether societal, strategic, organizational, or military, could shape not only military institutions but also actual battlefield choices. 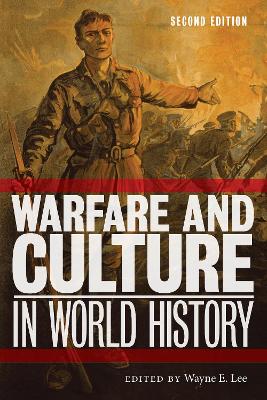 » Have you read this book? We'd like to know what you think about it - write a review about Warfare and Culture in World History, Second Edition book by Wayne E. Lee and you'll earn 50c in Boomerang Bucks loyalty dollars (you must be a Boomerang Books Account Holder - it's free to sign up and there are great benefits!)


A Preview for this title is currently not available.
More Books By Wayne E. Lee
View All