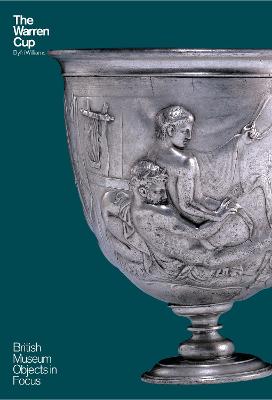 The British Museum's acquisition of the Warren Silver Cup in 1999 caused something of a stir when it was announced to the press as a result of its price and its challengingly explicit homoerotic scenes. It was prominently illustrated in all the major daily newspapers and the reporting varied between the crudely predictable and the much more thoughtful. It featured in quiz programmes like 'Have I got News for You' and was even the subject of cartoons. The Warren Cup is, in fact, a remarkably important masterpiece of Roman art, created in the first century AD, which has been condemned to an undeserved obscurity for too long. It's scenes reflect the mores of the time and region in which it was created and used. As such, it is a precious means for us to reach back and understand that society, but it also challenges us to look through and beyond our own contemporary social and religious environment. This book will examine the extraordinary history, both ancient and modern, that the Warren Cup has to tell. It will also attempt to set the cup in its ancient contexts - where and when it was made; where and when it was found; and by whom it was used.

» Have you read this book? We'd like to know what you think about it - write a review about Warren Cup book by Dyfri Williams and you'll earn 50c in Boomerang Bucks loyalty dollars (you must be a Boomerang Books Account Holder - it's free to sign up and there are great benefits!)

Dyfri Williams is Keeper of Greek and Roman Antiquities at The British Museum.

A Preview for this title is currently not available.
More Books By Dyfri Williams
View All