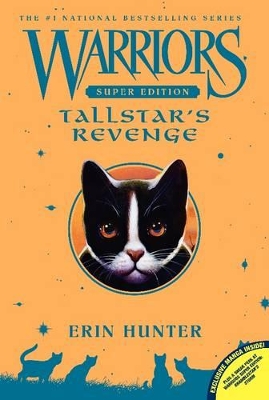 Warriors Super Edition: Tallstar's Revenge is an epic stand-alone adventure in Erin Hunter's #1 nationally bestselling Warriors series! This never-before-told story offers Erin Hunter fans their first look at the inner workings of WindClan and reveals the truth about Tallstar's past before the events of Warriors #1: Into the Wild, and before he became the leader of WindClan.

After a tragedy leaves the young warrior Talltail filled with bitterness and an all-consuming hunger for vengeance, he sets off on a dangerous quest for revenge-far outside the bounds of the warrior code. Join the legion of fans who have discovered the epic adventures, fierce warrior cats, and thrilling fantasy world of the mega-bestselling Warriors series. This stand-alone entry is perfect for new readers and dedicated fans alike. 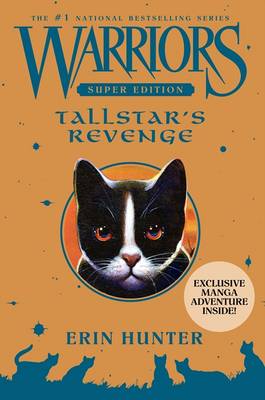 » Have you read this book? We'd like to know what you think about it - write a review about Warriors Super Edition: Tallstar's Revenge book by Erin Hunter and you'll earn 50c in Boomerang Bucks loyalty dollars (you must be a Boomerang Books Account Holder - it's free to sign up and there are great benefits!)

Erin Hunter is inspired by a love of animals and a fascination with the ferocity of the natural world. As well as having great respect for nature in all its forms, Erin enjoys creating rich, mythical explanations for animal behavior. She is the author of the Warriors, Seekers, Survivors, and Bravelands series. She lives in the UK. Visit her online at www.warriorcats.com.