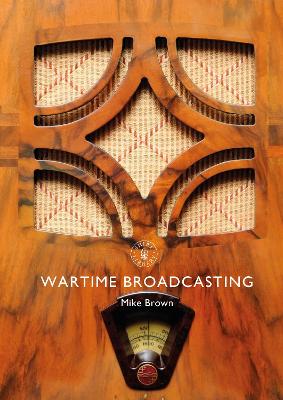 On 1 September 1939, British television broadcasting was closed down on Government orders, leaving radio as the sole source of broadcast home entertainment. For the next six years the radio became the main source of entertainment, information and news for the majority of the population. Personalities and stars became household names and their catchphrases could be heard everywhere. Radio was also a tremendous vehicle for propaganda, and for sending coded messages across Britain and later to resistance groups throughout Europe. After the war TV would return, but in the meantime the wireless ruled the air waves. The book is about wireless in Britain in the Second World War, focusing mainly on the BBC, but briefly looking at other broadcasters, such as Radio Luxembourg and German broadcasts to Britain by Lord Haw Haw.

» Have you read this book? We'd like to know what you think about it - write a review about Wartime Broadcasting book by Mike Brown and you'll earn 50c in Boomerang Bucks loyalty dollars (you must be a Boomerang Books Account Holder - it's free to sign up and there are great benefits!)

Mike Brown was head of history in a London comprehensive school who, in the absence of a book about the Home Front for his pupils, decided to write one. Since then he has written 27 books on twentieth-century British history.

A Preview for this title is currently not available.
More Books By Mike Brown
View All