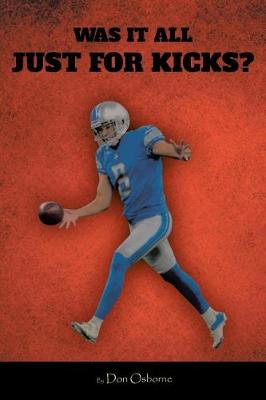 Was It All Just for Kicks?

Description - Was It All Just for Kicks? by Don Osborne

It happened on May 1, 2011 on Sunday afternoon with about seventy-five friends, former kickers and families of former kickers, coaches, my family, and other friends from the church and community. The Thomasville Athletic Boosters Club, the Thomasville Athletic Department and others from the community had made the arrangements. They had raised enough money to replace the old original post and add one at the other end of the field. This field is not only used for football practice and track and field, but soccer is also played there. It is probably one of the best facilities of its kind around. This facility was named "The Allen Brown Athletic Complex" in honor of retired football coach Allen Brown. So having the goal posts dedicated to me on that Sunday afternoon was a great honor.

There were several speakers who said some very complimentary things, pointing out the two beautiful new goal posts that were being dedicated to me. Then my attention was called to a plaque that was placed on the wall of the Allen Brown athletic Complex.

I was overwhelmed by all the wonderful things said and the honor I received. I was also amazed at the number of friends who were there to share this moment with me. I really didn't think I deserved this much adulation. As I told them, I have enjoyed it so much because of all the rewards received in seeing these young men progress and become successful in their journey through life.

Buy Was It All Just for Kicks? by Don Osborne from Australia's Online Independent Bookstore, Boomerang Books.

Book Reviews - Was It All Just for Kicks? by Don Osborne

» Have you read this book? We'd like to know what you think about it - write a review about Was It All Just for Kicks? book by Don Osborne and you'll earn 50c in Boomerang Bucks loyalty dollars (you must be a Boomerang Books Account Holder - it's free to sign up and there are great benefits!)


A Preview for this title is currently not available.
More Books By Don Osborne
View All 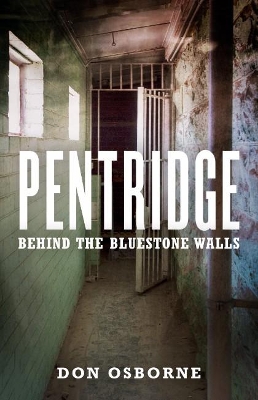