Henry James's classic tale of romance in urban nineteenth-century America, Washington Square is edited with an introduction and notes by Martha Banta in Penguin Classics.When timid and plain Catherine Sloper is courted by the dashing and determined Morris Townsend, her father, convinced that the young man is nothing more than a fortune-hunter, delivers an ultimatum- break off her engagement, or be stripped of her inheritance. Torn between her desire to win her father's love and approval and her passion for the only man who has ever declared his love for her, Catherine faces an agonising dilemma, and becomes all too aware of the restrictions that others seek to place on her freedom. James's masterly novel deftly interweaves the public and private faces of nineteenth-century New York society; it is also a deeply moving study of innocence destroyed.This edition of Washington Square includes a chronology, suggested further reading, notes and an introduction discussing the novel's lasting influence and James's depiction of the quiet strength of his heroine.Henry James (1843-1916) son of a prominent theologian, and brother to the philosopher William James, was one of the most celebrated novelists of the fin-de-si cle. His novella 'Daisy Miller' (1878) established him as a literary figure on both sides of the Atlantic, and his other novels in Penguin Classics include Washington Square (1880), The Portrait of a Lady (1881), The Awkward Age (1899), The Wings of the Dove (1902), The Ambassadors (1903) and The Golden Bowl (1904).If you enjoyed Washington Square, you might like Edith Wharton's The House of Mirth, also available in Penguin Classics. 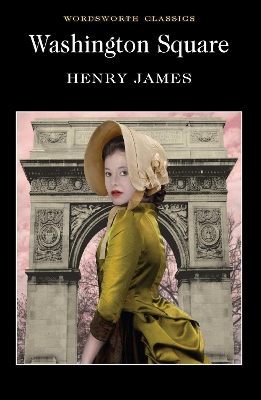 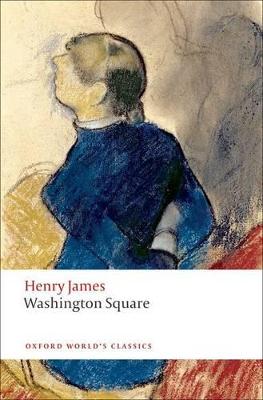 » Have you read this book? We'd like to know what you think about it - write a review about Washington Square book by Henry James and you'll earn 50c in Boomerang Bucks loyalty dollars (you must be a Boomerang Books Account Holder - it's free to sign up and there are great benefits!)

Henry James was born in 1843 in Washington Place, New York, of Scottish and Irish ancestry, and died in 1916. In addition to many short stories, plays, books of criticism, autobiography and travel, he wrote some twenty novels, the first published being Roderick Hudson (1875). They include The Europeans, Washington Square, The Portrait of a Lady, The Bostonians, The Princess Casamassima, The Tragic Muse, The Spoils of Poynton, The Awkward Age, The Wings of the Dove, The Ambassadors and The Golden Bowl.