Introduction and Notes by Ian F.A. Bell, Professor of English Literature, University of Keele. 'Washington Square' marks the culmination of James's apprentice period as a novelist. With sharply focused attention upon just four principal characters, James provides an acute analysis of middle-class manners and behaviour in the New York of the 1870's, a period of great change in the life of the city. This change is explored through the device of setting the novel's action during the 1840s, similarly a period of considerable turbulence as the United States experienced the onset of rapid commercial and industrial expansion. Through the relationships between Austin Sloper, a celebrated physician, and his sister Lavinia Penniman, his daughter Catherine, and Catherine's suitor, Morris Townsend, James observes the contemporary scene as a site of competing styles and performances where authentic expression cannot be articulated or is subject to suppression. AUTHOR: Although born in the United States, Henry James (1843-1916) was educated in Europe, and spend most of his later life in England, eventually becoming a British citizen. His novels often illustrate the clash of cultures between America and Europe, and in truth were not particularly popular during his lifetime, particularly in the country of his birth. In recent years, his novels have been adapted for film and television, and his supernatural stories, particularly 'The Turn of the Screw', remain highly regarded. 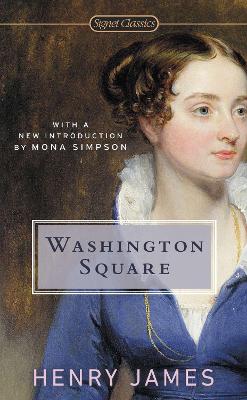 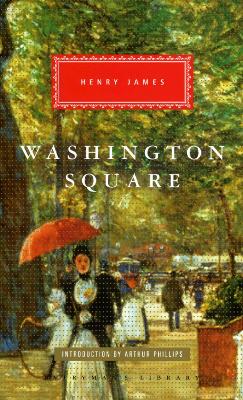 » Have you read this book? We'd like to know what you think about it - write a review about Washington Square book by Henry James and you'll earn 50c in Boomerang Bucks loyalty dollars (you must be a Boomerang Books Account Holder - it's free to sign up and there are great benefits!)

Henry James (1843-1916) was an American novelist, short-story writer, playwright, critic and essayist. He travelled extensively in Europe and became a British subject in 1915. He took the American experience of Europe as the theme of his first important works, his masterpiece of this period being The Portrait of a Lady. He followed this with novels using an American setting, short stories, essays, travel writing, and significant critical studies. He also turned his attention to drama and then in 1898 made his most famous venture into the uncanny with The Turn of the Screw. He returned to America in 1904. His influence in the history of the novel is unquestioned; he was a pioneer of psychological realism and master of a rich, highly complex prose style and an extremely sensitive apprehension of values of character.