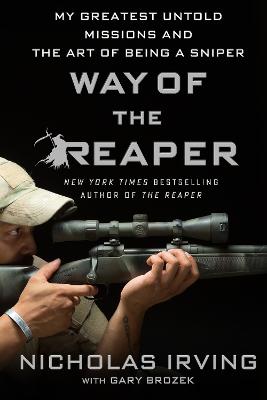 Way of the Reaper

My Greatest Untold Missions and the Art of Being a Sniper

Description - Way of the Reaper by Nicholas Irving

From the legendary special operations sniper and New York Times bestselling author of The Reaper comes a rare and powerful book on the art of being a sniper. Way of the Reaper is a step-by-step accounting of how a sniper works, through the lens of Irving's most significant missions - none of which have been told before. Each mission is an in-depth look at a new element of eliminating the enemy, from intel to luck, recon to weaponry. Told in a thrilling narrative, this is also a heart-pounding true story of some of The Reaper's boldest missions including the longest shot of his career on a human target of over half a mile.

In Iraq and Afghanistan, Nick Irving earned his nickname in blood, destroying the enemy with his sniper rifle and in deadly firefights behind a .50 caliber machine gun. He engaged a Taliban suicide bomber during a vicious firefight, used nearly silent sub-sonic ammo, and was the target of snipers himself. Way of the Reaper attempts to place the reader in the heat of battle, experiencing the same dangers, horrors and acts of courage Irving faced as an elite member of the 3rd Ranger Battalion.

Other Editions - Way of the Reaper by Nicholas Irving 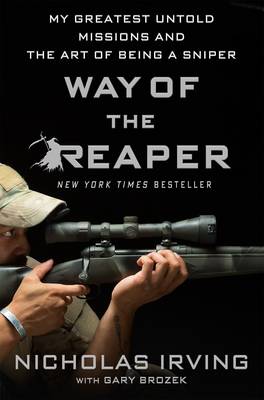 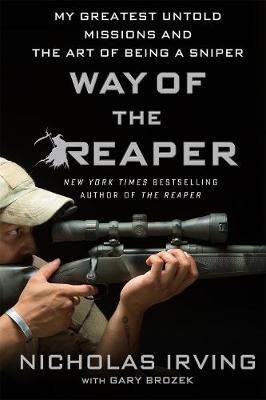 Book Reviews - Way of the Reaper by Nicholas Irving

» Have you read this book? We'd like to know what you think about it - write a review about Way of the Reaper book by Nicholas Irving and you'll earn 50c in Boomerang Bucks loyalty dollars (you must be a Boomerang Books Account Holder - it's free to sign up and there are great benefits!)

Nicholas Irving spent six years in the Army's Special Operations 3rd Ranger Battalion 75th Ranger Regiment, serving from demolitions assaulter to Master Sniper. He was the first African American to serve as a sniper in his battalion and is now the owner of HardShoot, where he trains personnel in the art of long-range shooting. He also appears on the Fox reality show American Grit. He lives in San Antonio, Texas. Gary Brozek has co-authored nearly 20 books including 5 New York Times bestsellers.

A Preview for this title is currently not available.
More Books By Nicholas Irving
View All