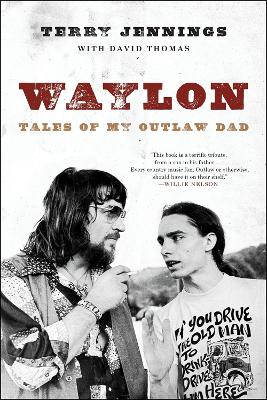 Tales of My Outlaw Dad

In a signed copy of his autobiography, Waylon Jennings penned a personal note to his son, Terry Jennings, ending it with the words, "I did my best. Now it's your turn." It is with this spirit in mind that Terry has finished telling the true story of his father's remarkable, unvarnished life.Born when Waylon was a mere nineteen years old, Terry had an intimate view of his father's antics, as the two shared an incredibly close relationship. More like brothers than a father and son, by the time Terry was thirteen he was a regular on the road, smoking marijuana with his dad and observing the wild ways that laid the foundation of the infamous country-music sensation, "The Outlaws." When it came to "The Outlaws," Johnny Cash and Willie Nelson were active players in the debauchery, as Waylon led a reckless lifestyle centered around his music, hard drugs, and women. Critical acclaim, sold-out tours and mob-like pandemonium were unfortunately overshadowed by darker personal challenges he faced including multiple divorces, crippling debt, and severe depression stemming from his best friend Buddy Holly's premature death.Terry Jennings witnessed all of the above and was a willing participant. As he followed his father on the road he began working with the crew, managing Waylon's career and becoming his closest confidante. Despite their closenes, though, the rules of the road ultimately prevailed. Eventually Terry found himself nursing a drug habit that eclipsed his father's; more than once Waylon even stole Terry's girlfriends. While it is no secret that Waylon was no saint, this is an honest look at a loving and complicated father-son relationship that will resonate for generations of country music fans.

Other Editions - Waylon by Terry Jennings 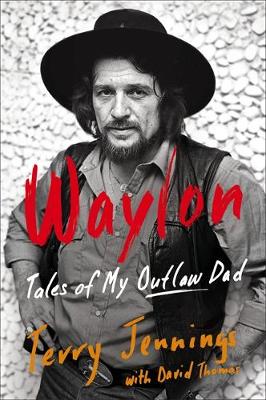 » Have you read this book? We'd like to know what you think about it - write a review about Waylon book by Terry Jennings and you'll earn 50c in Boomerang Bucks loyalty dollars (you must be a Boomerang Books Account Holder - it's free to sign up and there are great benefits!)

Terry Jennings (Author) Terry Jennings is the CEO and founder of Korban Music Group LLC, a full service management, consulting, and publishing company. Well known for his varied experience at all levels of the music industry, Terry was introduced to the business at an early age through his work as production manager for his father, Waylon Jennings. He has also worked for booking agencies, publishing companies, and as a talent scout for major label companies, including RCA Records. He lives near Waco, Texas.David Thomas (Author) David Thomas is a New York Times bestselling author/writer of eight books. Foxcatcher, the story that inspired the Oscars five-nominee movie of the same name, appeared on the New York Times bestsellers list, and All In with national college football championship-winning coach Gene Chizik was a Wall Street Journal national bestseller. His ninth book, Cowboys in Canton, releases in 2016. David spent almost three decades in journalism, winning national writing awards and earning the McClatchy Company's Presidents Award for excellence in journalism. He lives near Fort Worth, Texas.

A Preview for this title is currently not available.
More Books By Terry Jennings
View All