The Ways of the World

Description - The Ways of the World by Robert Goddard

1919. The eyes of the world are on Paris, where statesmen, diplomats and politicians have gathered to discuss the fate of half the world's nations in the aftermath of the cataclysm that was the Great War. A horde of journalists, spies and opportunists have also gathered in the city and the last thing the British diplomatic community needs at such a time is the mysterious death of a senior member of their delegation. So, when Sir Henry Maxted falls from the roof of his mistress's apartment building in unexplained circumstances, their first instinct is to suppress all suspicious aspects of the event.

But Sir Henry's son, ex Royal Flying Corps ace James 'Max' Maxted, has other ideas. He resolves to find out how and why his father died - even if this means disturbing the impression of harmonious calm which the negotiating teams have worked so hard to maintain. In a city where countries are jostling for position at the crossroads of history and the stakes could hardly be higher, it is difficult to tell who is a friend and who a foe.And Max will soon discover just how much he needs friends, as his search for the truth sucks him into the dark heart of a seemingly impenetrable mystery.

Buy The Ways of the World by Robert Goddard from Australia's Online Independent Bookstore, Boomerang Books.

Other Editions - The Ways of the World by Robert Goddard 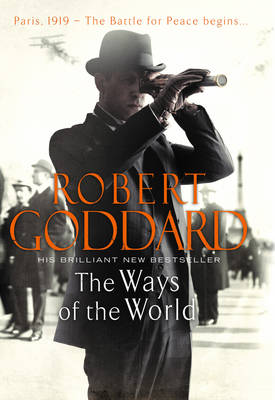 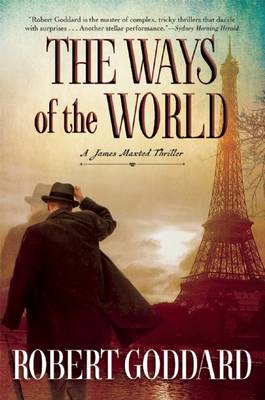 Book Reviews - The Ways of the World by Robert Goddard

» Have you read this book? We'd like to know what you think about it - write a review about Ways of the World book by Robert Goddard and you'll earn 50c in Boomerang Bucks loyalty dollars (you must be a Boomerang Books Account Holder - it's free to sign up and there are great benefits!)

Robert Goddard was born in Hampshire and read History at Cambridge. His first novel, Past Caring, was an instant bestseller. Since then his books have captivated readers worldwide with their edge-of-the-seat pace and their labyrinthine plotting. The first Harry Barnett novel, Into the Blue, was winner of the first WHSmith Thumping Good Read Award and was dramatized for TV, starring John Thaw. His thriller, Long Time Coming won an Edgar in the Mystery Writers of America awards.

This is the Night They Come For You: Bestselling author of The Fine Art of Invisible Detection
$26.39 $32.99

The Fine Art of Invisible Detection: The thrilling BBC Between the Covers Book Club pick
$18.39 $22.99